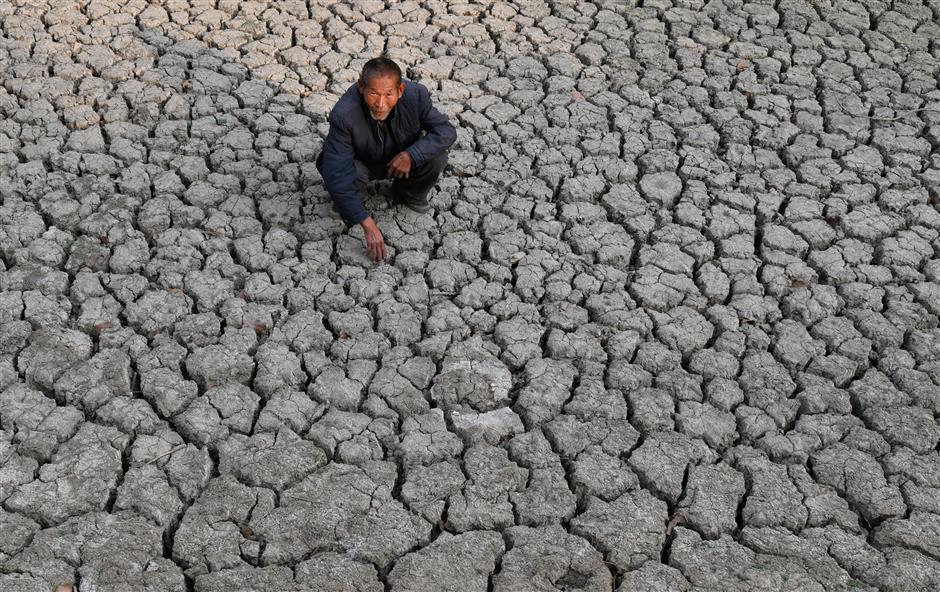 East China’s Anhui Province on Saturday raised its drought emergency response to level III as the worst dry spell in decades showed no signs of abating.

The dry conditions are threatening many areas with short water supplies and high risks of forest fire.

The third-highest level in the four-tier emergency response system was activated after scarce rainfall brought moderate drought to most areas south of the Huaihe River in Anhui and severe drought to the Dabie Mountains and some areas along the Yangtze River, according to Anhui’s emergency management department.

The department said the latest drought, which started in September, worsened as it continued into November.

From August 12 to October 28, the average rainfall in the province was 60 percent less than normal. That was the second-lowest level since 1961, the provincial meteorological department said.

The drought has affected over 1 million residents and damaged 400,000 hectares of crops.

It has inflicted a direct economic loss of 1.6 billion yuan (US$227 million), the department said earlier this month.

“The forest is so dry that it takes only one cigarette butt on the ground and 30 seconds for it to burst into flames,” said Chu Maofa, a township official in Yuexi County in the hard-hit Dabie Mountains.

Chu said the drought has killed large tracts of local forest and some farmers already had difficulty accessing drinking water.

But he said the biggest looming danger was forest fires.

And it has deployed over 400 teams in disaster-hit areas for drought prevention and disaster relief, the MEM said.