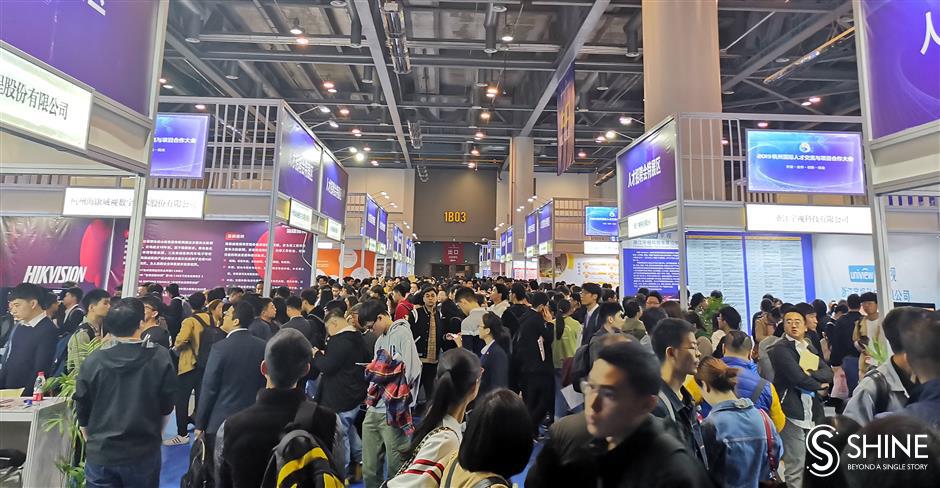 Around 57,000 job hunters from home and abroad attend the opening of the 2019 Zhejiang Hangzhou International Human Resources Exchange and Cooperation Conference. It will run through November 24.

More than 1,500 companies and institutes are offering 39,000 jobs at the 2019 Zhejiang Hangzhou International Human Resources Exchange and Cooperation Conference, which will run through November 24. The number of job vacancies jumped by 95 percent from the same event last year.

Around 57,000 job hunters from home and abroad attended the opening on November 9.

Candidates with a master’s degree so far account for over 80 percent of attendees.

The conference is an international human resources platform in China and helps recruit skilled professionals from around the world. The first conference was held in 2009. In the past 10 years, 4,974 overseas professionals and over 200 overseas Chinese student teams have attended, presenting 5,522 projects. Among them, 1,406 projects have been implemented with a combined registered capital of 19.54 billion yuan (US$2.79 billion).

Binjiang District is already an attractive area with plenty of high-tech companies and a favorable business environment. However, the district government believes it can sweeten the deal by offering subsidies to individuals and teams.

At the conference, local authorities also introduced their 5050 Plan. To make the district a leading labor market and innovation center in Hangzhou, the plan includes subsidies of up to 10 million yuan for promising projects. 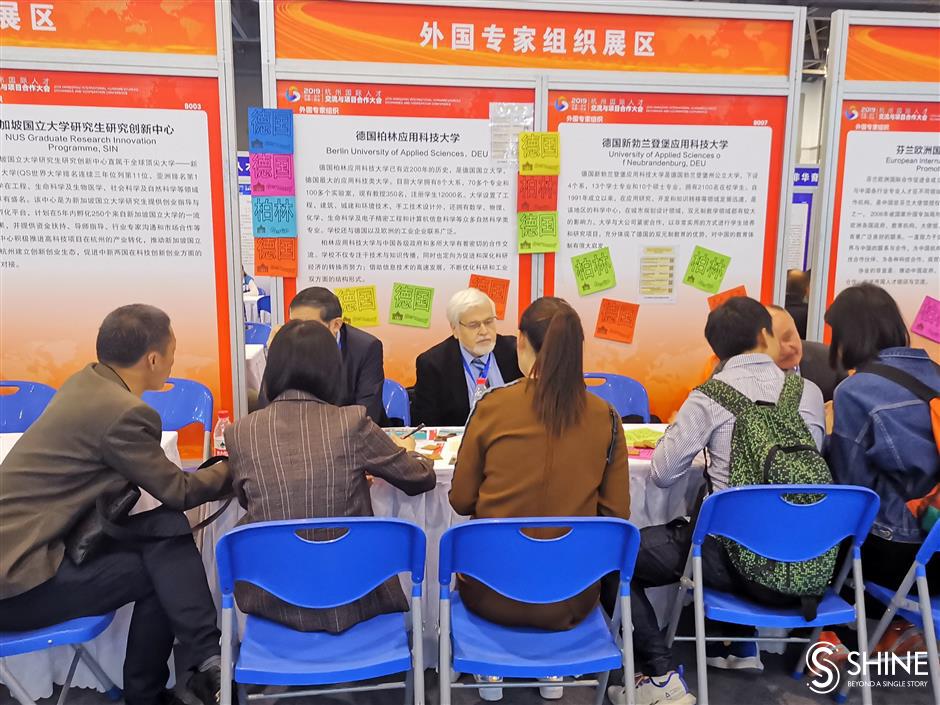 The conference has become an international human resources platform in China and helps recruit skilled professionals from around the world.

The conference also lured talent for less-developed areas of China, where resources are in short supply in education, medicine and digital economy.

The central government has initiated a “pairing assistance” program to assist poverty-stricken regions, whereby Hangzhou is supporting development in the Qiandongnan Miao and Dong Autonomous Prefecture in southwest China’s Guizhou Province. Representatives from the prefecture attended this year’s conference for the first time.

“We are looking for professionals from education and pharmaceutical industries. High-caliber talent can get a subsidy of up to 1 million yuan if their intellectual property can be commercialized,” said Chen Danyang from the Qiandongnan government.

In addition to governments, organizations, academies and institutes also have booths at the conference.

Zhejiang University is expecting to recruit lecturers and professors at the conference. Talent can enjoy preferential support from the university and local government if employed. Also, the university hopes to attract promising projects.

“The university has established research and development centers in many cities. They create an incubator for startups, and provide support in cooperation with local governments,” said Qin Yi from the Industrial Technology Research Institute, Zhejiang University.

The Yangtze Delta Region Institute of Tsinghua University is offering at least 40 positions. Established in 2003, it is dedicated to developing natural sciences and engineering.

A series of seminars and meetings will be held until November 24. On the first day, the highlight was the 2019 Sino-German Bioeconomy and Biomedicine Conference.

Gongshu District signed a contract with German biomedical organizations and companies to establish the Rudolf Virchow Joint Pathology Institute to do research on pathobiology and molecular medicine.

The conference also includes an innovation and entrepreneurship competition. It is divided into overseas Chinese student and foreigner entrepreneur sessions. The winning projects that are commercialized within a year in the city will receive subsidies of 5 million, 3 million and 2 million yuan respectively,  according to their evaluation. 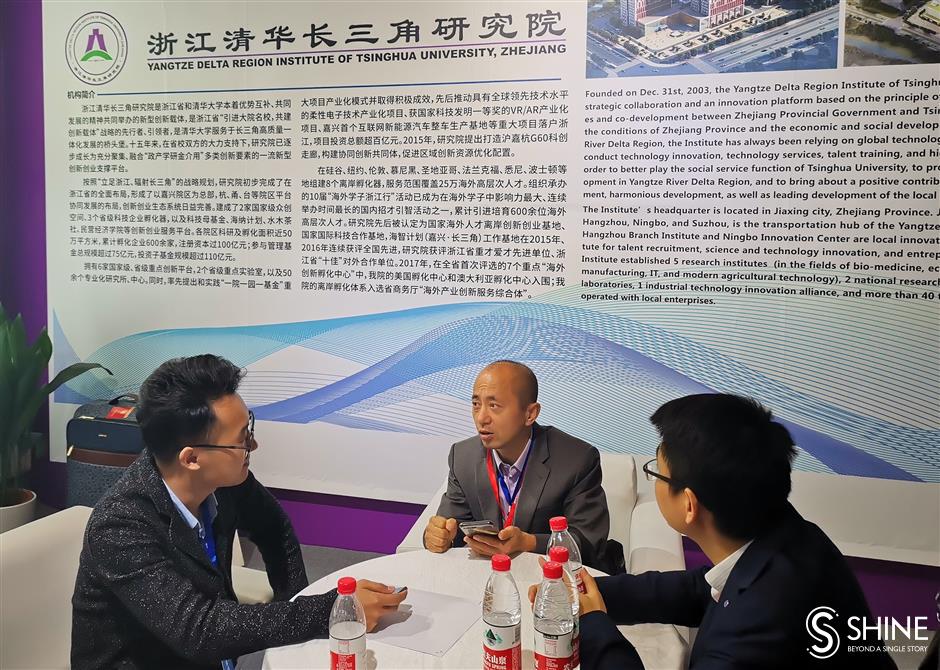 A representative (center) from the Yangtze Delta Region Institute of Tsinghua University talks to job seekers who are interested in natural sciences and engineering.