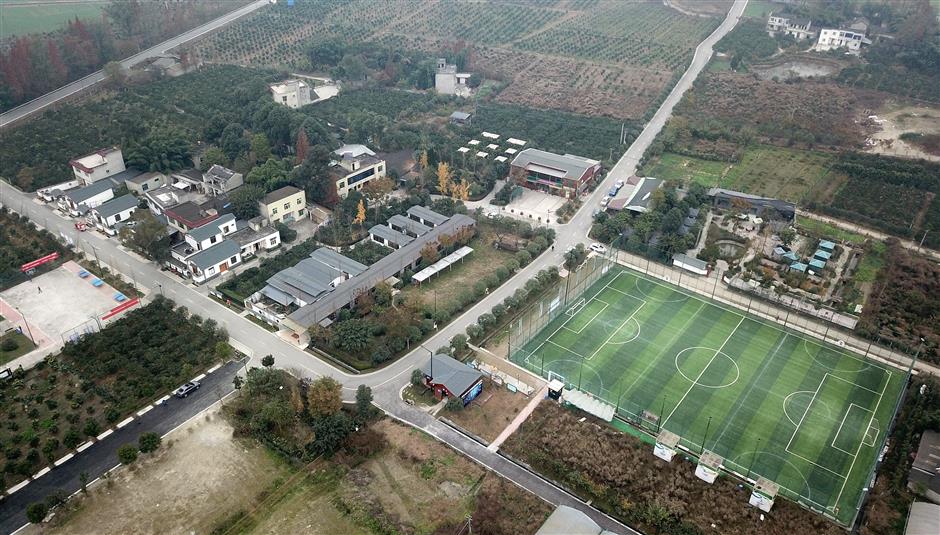 A bird's eye view of the Sanhe Village in Sichuan Province in 2017.

Ma Zhongyu, a 31-year-old fruit farmer in Sanhe Village in Chengdu, capital of southwest China’s Sichuan Province, now works as the manager of a soccer team — a hodgepodge of players.

“Our team is made up of firefighters, police officers and farmers, with an average age of 30,” Ma said, noting that they had played soccer in the space reserved for sunning grain when they were teenagers.

An annual amateur soccer league match, the Baoyou Cup, was launched in the village in 2015. Two years after the team was formed. The just-concluded fifth Baoyou Cup attracted more than 600 players in 24 teams from all over the province, even foreign players, and enthusiastic crowds.

Ma and his teammates never expected a soccer pitch six years ago.

At that time, the village’s only road connecting to the outside world was a rough dirt track, potholed and muddy on rainy days. Incomes were below the town’s average.

Things began to change in 2013, when Tan Jie, a college graduate who was elected as the Party chief of Sanhe, started to repair roads and plant grapefruit, grapes and figs.

He sought funding and spoke tirelessly with the locals to persuade them to agree to turn the grain-sunning ground into a soccer pitch. 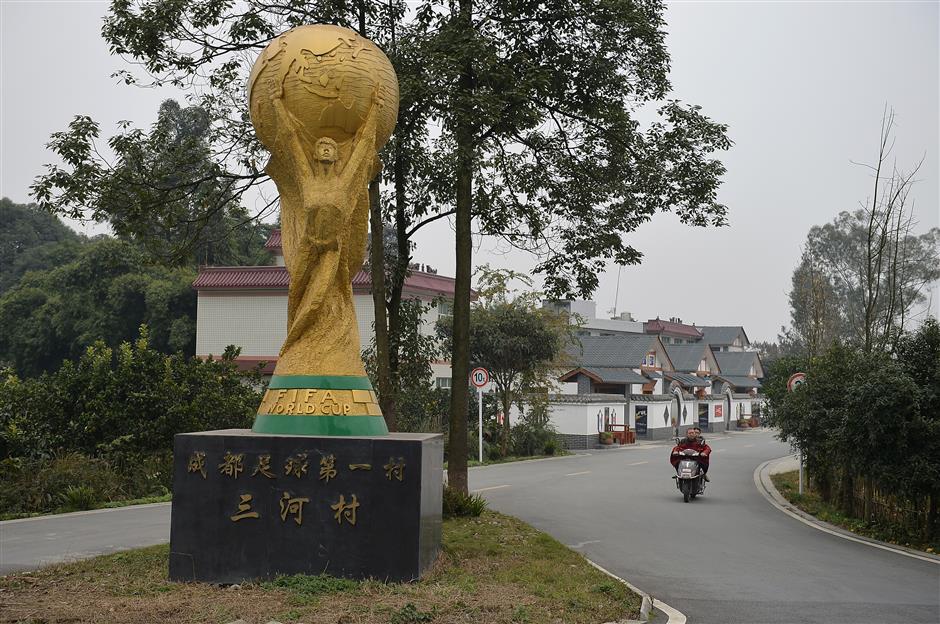 The sculpture is located in Sanhe Village in Sichuan Province with the Chinese characters — Chengdu’s first soccer village.

Today, the place is well-known as “Chengdu’s first soccer village.”

It attracts teams from other cities for matches.

Whenever there is a match, people who come to watch will buy fresh grapefruits and visit local restaurants. There are also supermarkets, fishing grounds and leisure farms, offering more job opportunities for locals.

With sports and music, fewer people in the village play cards and mahjong now.

“The village is going through earth-shaking changes, with everyone on the move,” said Liu Yungen, a 79-year-old villager.