China has over 600 Przewalski's horses 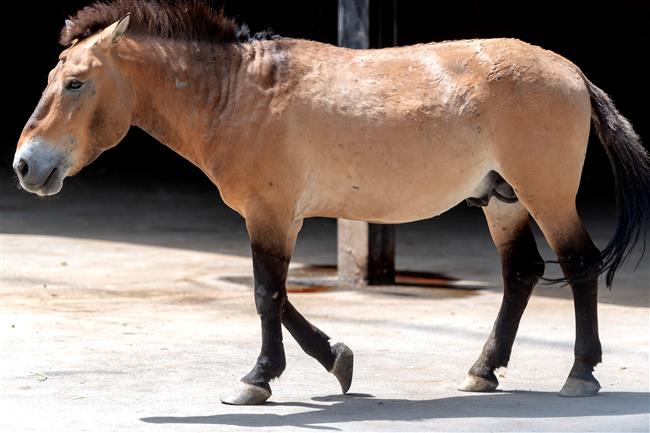 The Przewalski's horse, named after its Russian discoverer, is an endangered species native to the desert grassland of Central Asia. It is considered the only wild horse in existence today.

There are about 2,000 Przewalski's horses in the world today. However, the rare horses were once extinct in Xinjiang in the wake of rampant hunting beginning in the early 19th century, before China started a breeding program in 1986 using 24 horses brought back from Britain and Germany to repopulate the subspecies.

The latest data from the Xinjiang Wild Horse Breeding and Research Center shows the wild horse population in Xinjiang has reached 438, including 90 in captivity, 240 in the wild and 108 in semi-captivity.

Neighboring Gansu Province has a total of 155 Przewalski's horses, including 48 in captivity and 107 in the wild, said Ma Jizhong, director of the Endangered Animal Protection Center of Gansu Province.