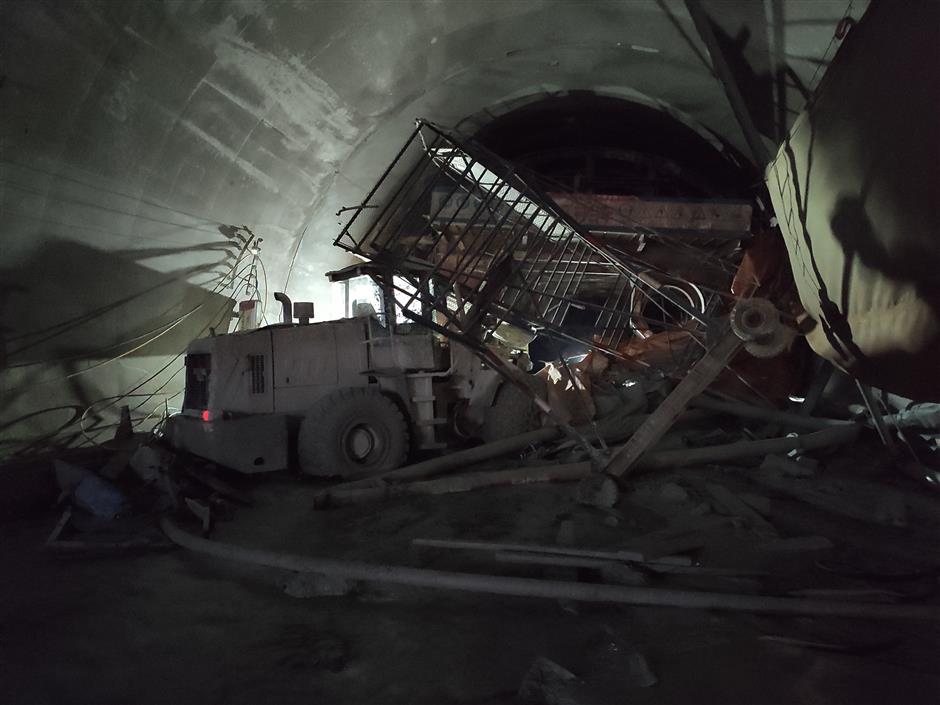 Workers are trapped at a highway tunnel construction site in Fengqing County, Yunnan Province, on Tuesday.

The water and mud bursting occurred at 6pm on Tuesday in the city of Lincang, trapping 13 workers in the tunnel. The city government said five were rescued later, but four of whom died.

The other worker has been hospitalized and in stable conditions.

According to the rescuers on site, the rescue operation is difficult due to soft geological conditions and serious weathering.

Life detection instrument and sniffer dogs have been used to search for the trapped, while a medical team is onsite.