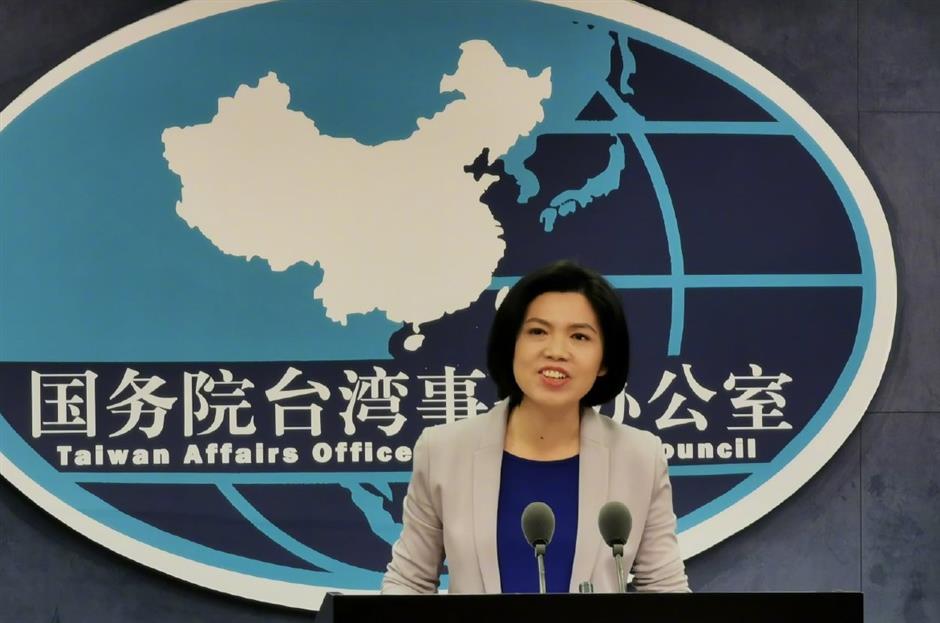 Zhu Fenglian, the new spokesperson for the State Council Taiwan Affairs Office, made her first public appearance at a press conference on Wednesday.

She greeted journalists and Taiwan compatriots in Mandarin Chinese, the southern Fujian dialect of Hokkien, and the Hakka dialect, respectively.

Zhu is the seventh spokesperson and the second spokeswoman for the office since it started holding press conferences in 2000 to brief media on the Chinese mainland's policies and stances on Taiwan affairs.

Holding two master's degrees in literature and public administration, she joined the State Council Taiwan Affairs Office in 2003 and has since served in multiple roles in the office.