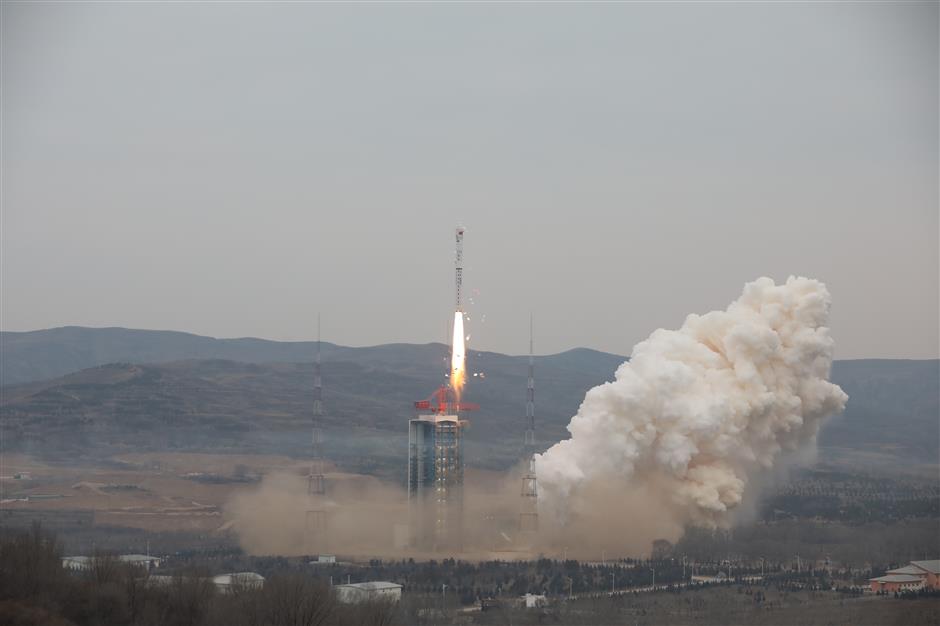 A Long March-4C rocket with the satellite Gaofen-12 is launched from the Taiyuan Satellite Launch Center in northern China’s Shanxi Provinceon on Thurday.

China sent a new Earth observation satellite into space from the Taiyuan Satellite Launch Center in northern China’s Shanxi Province at 7:52am on Thursday.

The satellite Gaofen-12 was launched aboard a Long March-4C rocket and entered the planned orbit successfully.

It was the 320th flight mission of the Long March carrier rocket series.

As part of the country’s high-definition earth observation project, the microwave remote sensing satellite is capable of providing photographs with a resolution of better than a meter.

Gaofen-12 will be used in land surveys, urban planning, road network design and crop yield estimate, as well as disaster relief. It can also serve projects along the Belt and Road.

Both the satellite and the carrier rocket were developed by the Shanghai Academy of Spaceflight Technology under the China Aerospace Science and Technology Corporation.