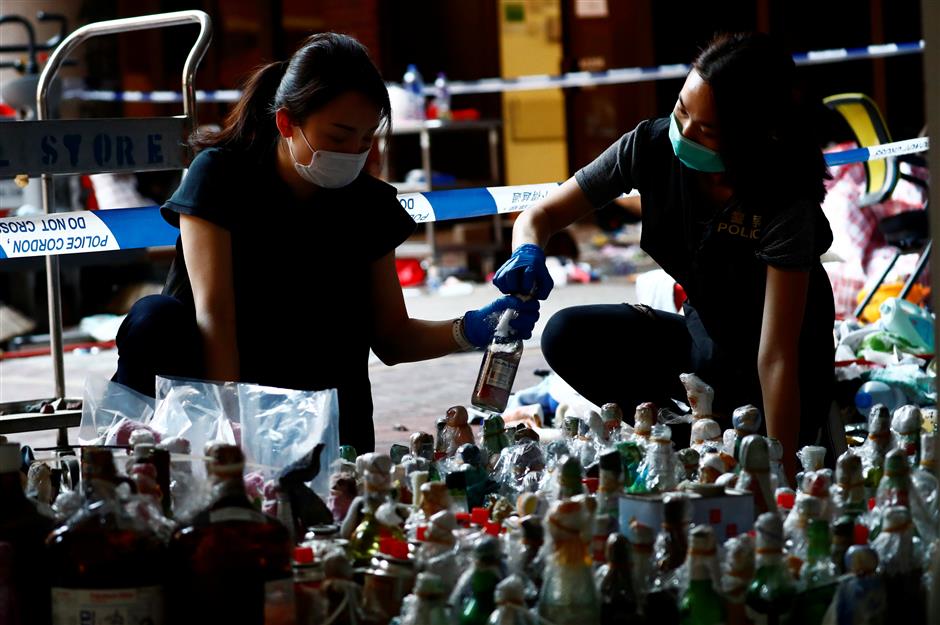 A huge haul of petrol bombs, bows and arrows and dangerous chemicals were found during the search. 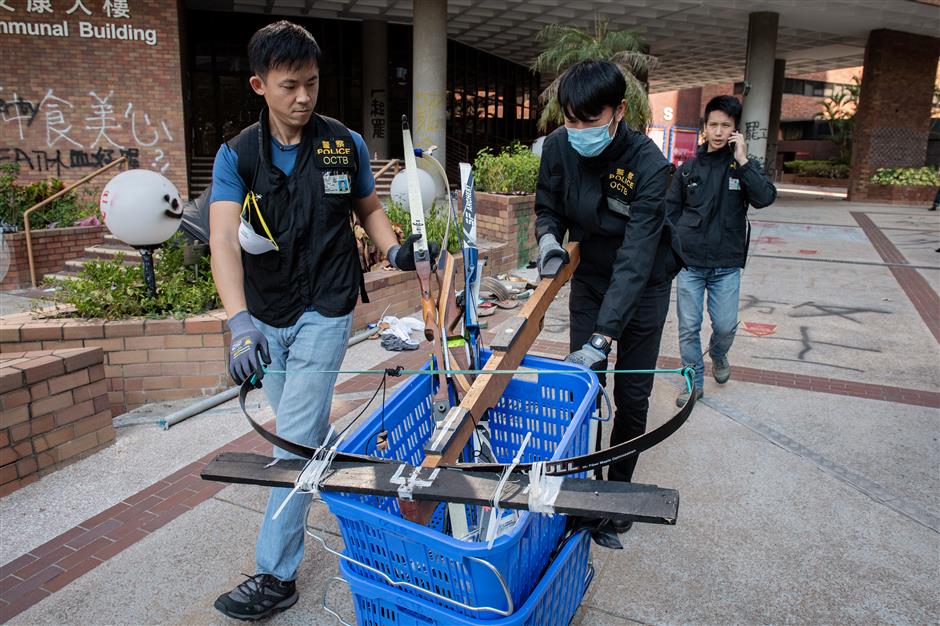 The Hong Kong police said on Friday morning that the safety team deployed into the Hong Kong Polytechnic University (PolyU) has almost completed their operation and will hand over the campus to the school management later in the day.

The safety team, consisting of officers of the Police Forces and the Fire Services Department, entered the PolyU on Thursday and seized 3,801 petrol bombs and many other dangerous items and offensive weapons left by rioters who occupied the campus for more than 10 days.

After their operation resumed on Friday morning, the team found more dangerous items, including around 280 petrol bombs, 318 cassette gas cylinders, 28 bottles of chemicals and various offensive weapons, Assistant Commissioner of Police (Operations) Chow Yat-ming said at a media briefing at the PolyU.

Chow said the team will hand over the campus to the PolyU management later on Friday, and the police will lift the cordon around the campus.

Stressing that the police have all along been adopting a peaceful and flexible approach in handling the standoff at the PolyU, Chow said the police are grateful for resolving the crisis in a peaceful manner.

He reiterated that the police will not tolerate any kind of violence or illegal activities.

"We will stringently follow up the investigation in a professional and impartial manner," he added.