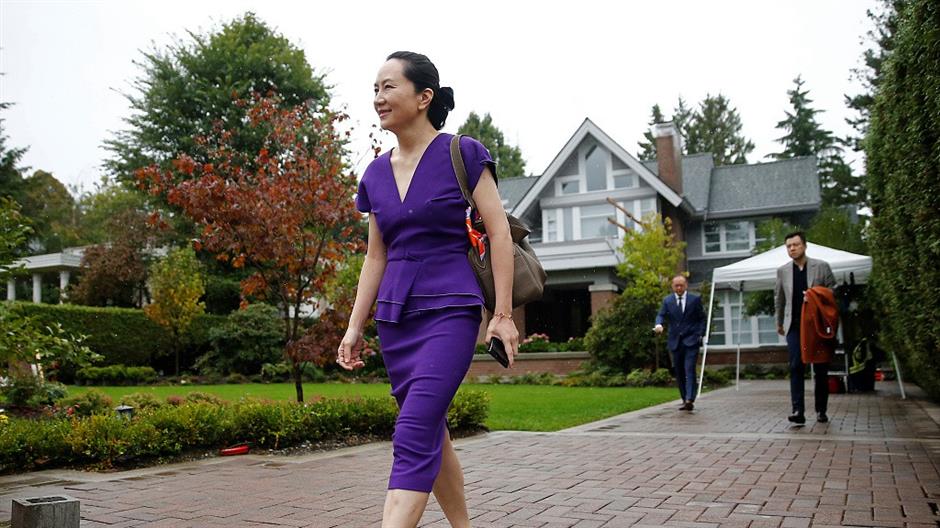 Meng was arrested on December 1, 2018, at Vancouver International Airport at the request of the United States, which is seeking her extradition on fraud charges. Both Meng and Huawei have repeatedly denied any wrongdoing.

China has repeatedly stated its solemn stance on the case, said Hua.

China stays committed to safeguard the legitimate rights and interests, including both Chinese citizens and enterprises, she reiterated.