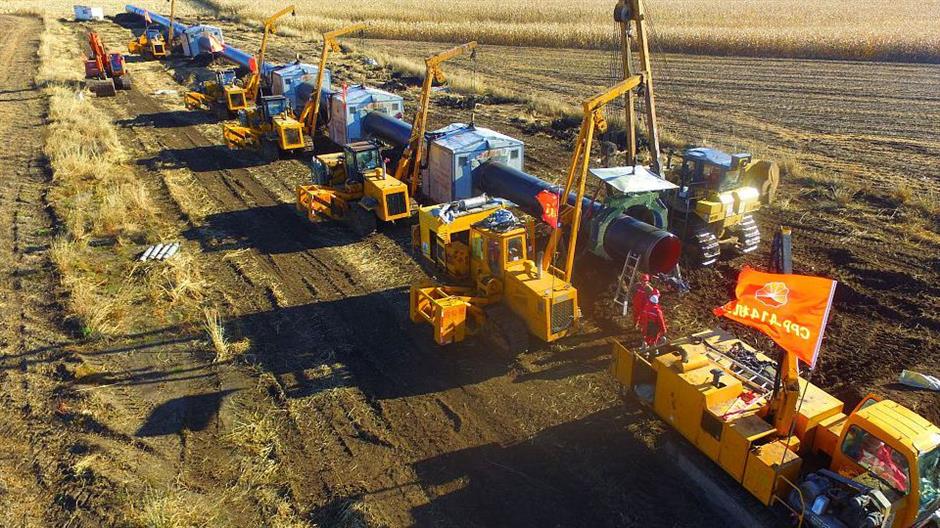 The China-Russia east-route natural gas pipeline was put into operation on Monday.

At the gas-distributing and compressing station in the city of Heihe, northeast China's Heilongjiang Province, the data screen was switched on, indicating parameter variations of the gas passage. The station is the first stop after the Russia-supplied natural gas enters China.

Heihe has registered 30,000 households for switching to natural gas for heating. It will take one year to complete full coverage of the gas network in the city, according to the company.

China's natural gas consumption reached 280.3 billion cubic meters in 2018. The country's demand for natural gas will continue to soar toward 2040, outstripping domestic output by around 43 percent, according to an International Energy Agency report.

China aims to raise the use of natural gas to 10 percent of the country's energy mix by 2020 and 15 percent by 2030, said the National Development and Reform Commission.