Creator of the 2.5kg potato honored 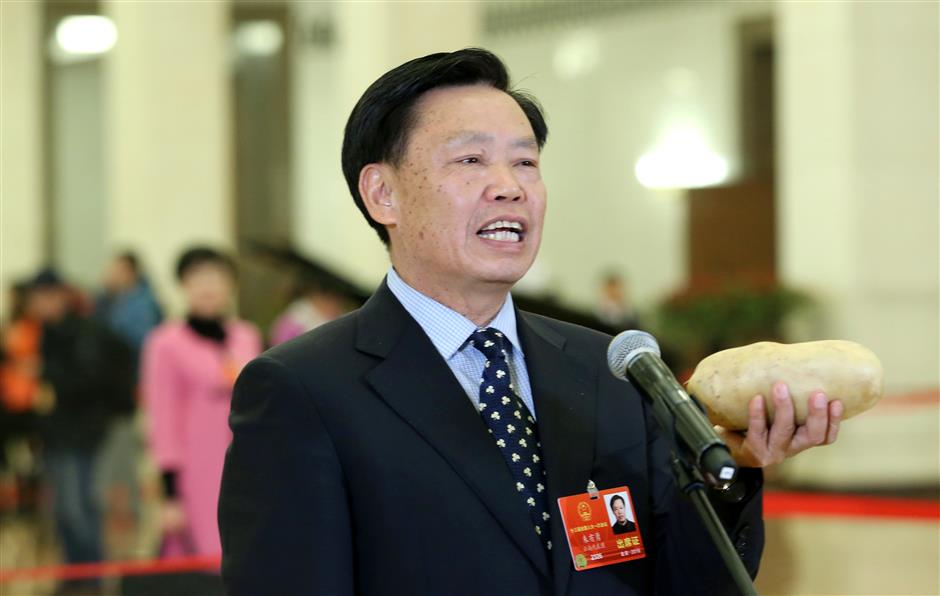 Plant pathologist Zhu Youyong was on Monday awarded the title of “role model of the times,” in recognition of his contributions both in science and poverty reduction.

Zhu, an academic of the Chinese Academy of Engineering and honorary president of the Yunnan Agricultural University in southwest China, started his research on crops’ genetic diversity as a solution to their vulnerability to diseases in 1986.

He spent the subsequent more than a decade doing experiments and finally confirmed that intraspecific crop diversification provides an ecologically effective approach to disease control. It is published in Nature in 2000 and has been widely applied both at home and abroad.

Zhu’s dedication has earned him many honors but what makes him different is a decision he made five years ago.

At the age of 60, Zhu voluntarily chose to work in the poverty-stricken ethnic Lagu Autonomous County of Lancang in Yunnan in 2015, where 41 percent of residents remained in poverty at the time.

Zhu led a team to set up their workstation in the Yunshan village of the county and stayed there for the past five years. To help the farmers, he advocated planting potatoes in winter and carried out demonstration planting with village cadres when the farmers were not keen on his proposal at first.

Their efforts paid off, as they have harvested potatoes weighing as big as 2.5 kilograms each.