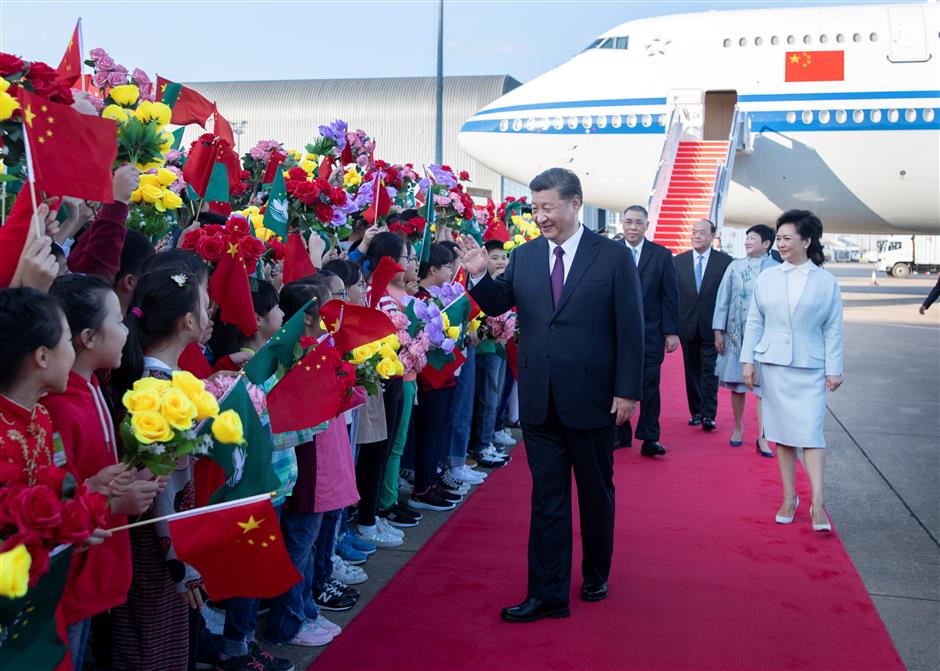 Chinese President Xi Jinping, along with his wife Peng Liyuan (right), greets children on their arrival at Macau’s international airport yesterday. The president is in Macau as the special administrative region prepares to mark 20 years of its return to the motherland tomorrow.

Chinese President Xi Jinping said the central government and the Chinese people are proud of the achievements and progress of Macau since its return to the motherland 20 years ago.

Xi made the remarks after landing at Macau’s airport yesterday afternoon.

“I am very happy to come to Macau again. In October, we held a grand celebration for the 70th anniversary of the founding of the People’s Republic of China. The 20th anniversary of Macau’s return to the motherland is another major event,” Xi told more than 100 Chinese and overseas reporters, who were present at the airport. 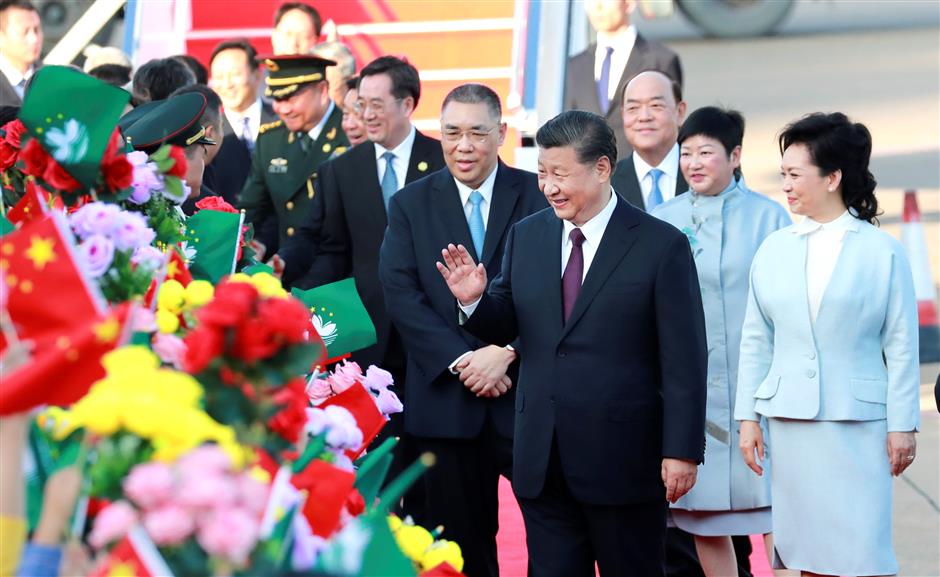 Xi extended warm congratulations and best wishes to the Macau compatriots on the occasion.

“It is worthwhile to sum up the experience and characteristics of Macau in faithfully implementing ‘one country, two systems,’” he said.

“We will join hands to draw the blueprint for Macau’s future development,” Xi said.

The president is expected to attend a gathering celebrating the 20th anniversary of Macau’s return and the inauguration ceremony of the fifth-term government of the Macau Special Administrative Region tomorrow. He will also inspect the Macau SAR.

“During my stay, I expect extensive exchanges with people from all walks of life in Macau over matters of common concern,” he said.

At the airport, Xi and his wife Peng Liyuan were greeted by Macau SAR Chief Executive Chui Sai On and his wife Fok Wai Fun. Two Macau pupils presented bouquets to them.

Hundreds of young people and members of the public welcomed the president, waving the national and SAR flags and flowers.

Ho Hau Wah, vice chairman of the National Committee of the Chinese People’s Political Consultative Conference, and Ho Iat Seng, the in-coming chief executive of the Macau SAR, were also present at the airport. 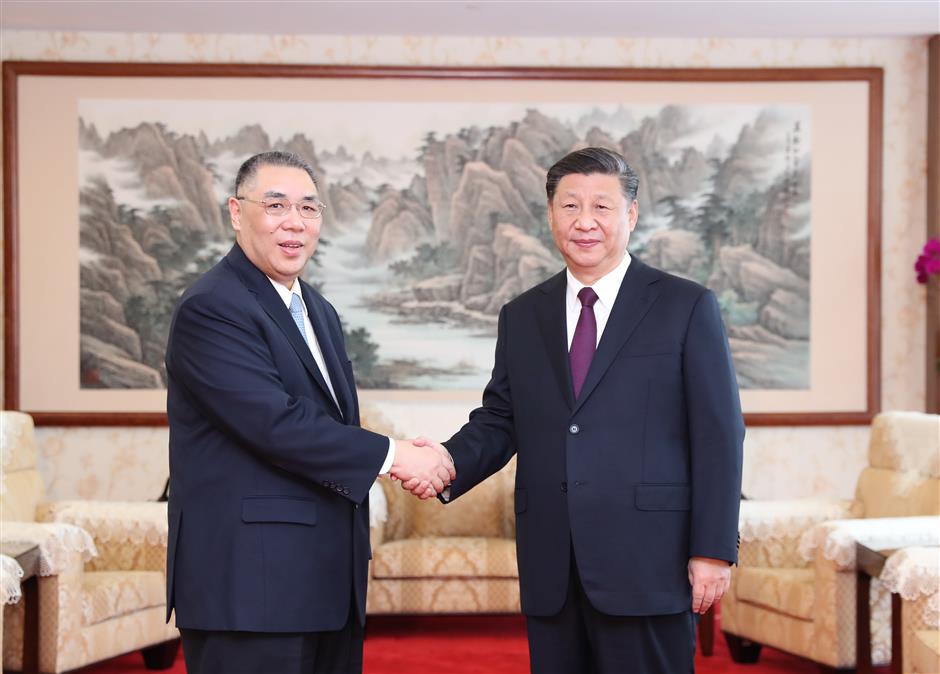 Xi said Chui has led the SAR government faithfully to implement the principle of “one country, two systems,” and strictly abide by the Constitution and the Basic Law to govern the SAR in a steady and pragmatic manner over the past decade, making a great number of new achievements, and consolidating and promoting prosperity and stability in Macau.

The president expressed the hope that Chui will continue to care about the development of the country and Macau, actively support the new chief executive and the SAR government in their law-based governance, and continue to make contributions to the practice of “one country, two systems.”