Shanghai Women's Federation and Shanghai Social Science Society announced last week a list of the top 10 news stories about women in 2019. The stories were voted by WeChat users and media experts on account of public attention, influence on policy-making and promotion on gender equality. Click the subheads for detailed stories.

Entitled "Equality, Development and Sharing: Progress of Women's Cause in 70 Years Since the Founding of New China," a white paper was released on September 19 by China's State Council Information Office. According to the document, women account for 40 percent of the labor force and 55 percent of the population doing business online in China. 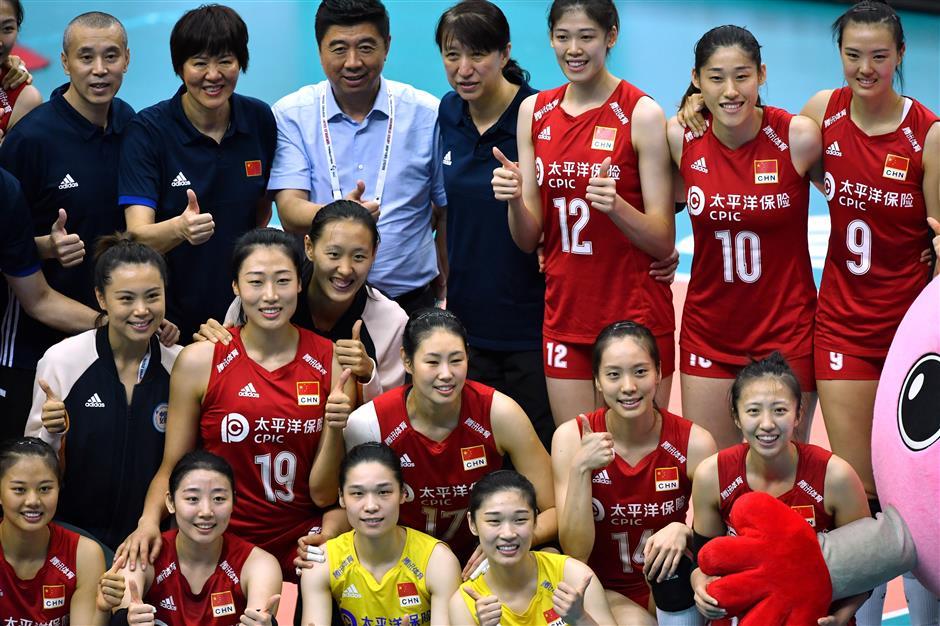 President Xi Jinping presented national medals and honorary titles to dozens of individuals ahead of the 70th founding anniversary of the People's Republic of China. Longtime national legislator Shen Jilan and Nobel Prize winner Tu Youyou were granted the Medal of the Republic.

Two female Major Generals Cheng Xiaojian and Tang Bing lead formations of troops during the National Day military parade in celebration of the 70th founding anniversary of the PRC on October 1. It was the first time for women generals to appear in the foot team formations. A formation of women militia, selected from the militia force in Beijing's Chaoyang District, also marched through Tian'anmen Square. 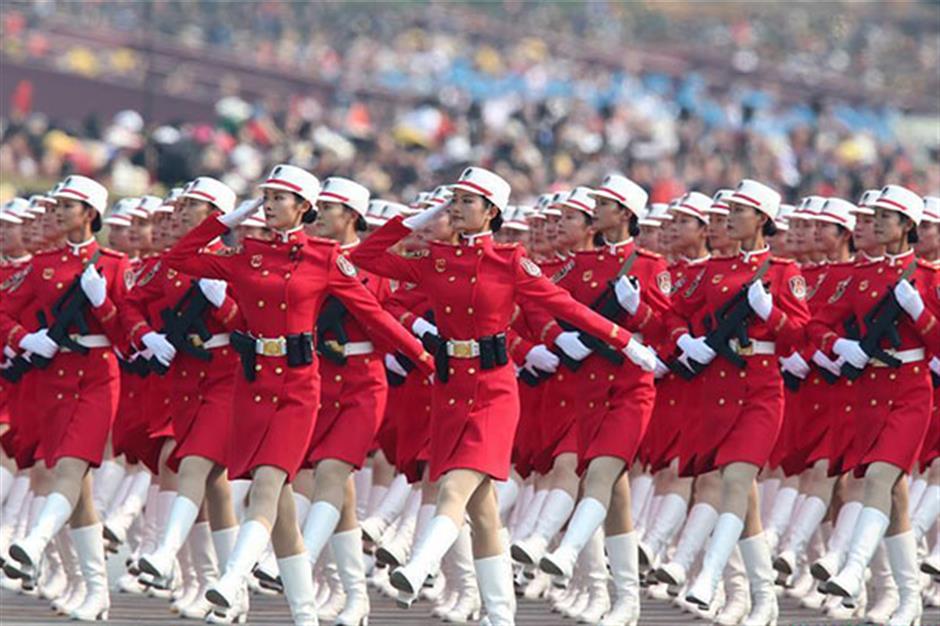 A formation of women militia march through Tian'anmen Square on Ocotober 1.

Nine government departments — including the Ministry of Human Resources and Social Security, the Ministry of Education, the All-China Women’s Federation and the Supreme People’s Court —  jointly released a notice on February 21 to prohibit companies from employment discrimination against women.

A 34-year-old man was sentenced to six months in prison for indecent behavior toward two women, including a  juvenile, by Jing'an People's Court on October 15. This was the first criminal punishment for indecency in Shanghai.

A 28-year-old woman surnamed He claimed in a video on her Weibo account in November that she was assaulted five times by her 44-year-old ex-boyfriend, surnamed Chen, over the past six months. In a surveillance video which was also posted by the woman, Chen was seen grabbing He's feet and dragging her out of an elevator. The case captured huge public attention and Chen was given 20-day administration detention. 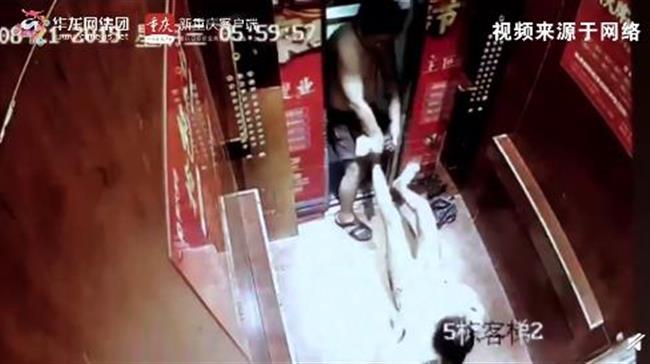 A screen capture of CCTV video inside an elevator.

A 12-year-old girl in Guangdong Province, who is mentally disabled, was sexually assaulted and became pregnant twice in eight months. The public security bureau in Xinyi, Guangdong, said it had received a report in March that a girl had been sexually abused and become pregnant. While the case was under investigation, in late October, family members of the girl told police she was pregnant again, just months after having an abortion for the first pregnancy. The suspect was seized on November 21 after the police tested DNA from the aborted fetus. The Guangdong Women's Federation said it would provide psychological support for the victim and help her find a school.

Ride-hailing platform Didi Chuxing relaunched its Hitch service on November 20 in seven cities. The service sparked controversy after two female passengers were murdered by Hitch drivers. The relaunched app allows male passengers to book a ride from 5am to 11pm, while females can book from 5am to 8pm. Again, the company was in the spotlight of controversy. 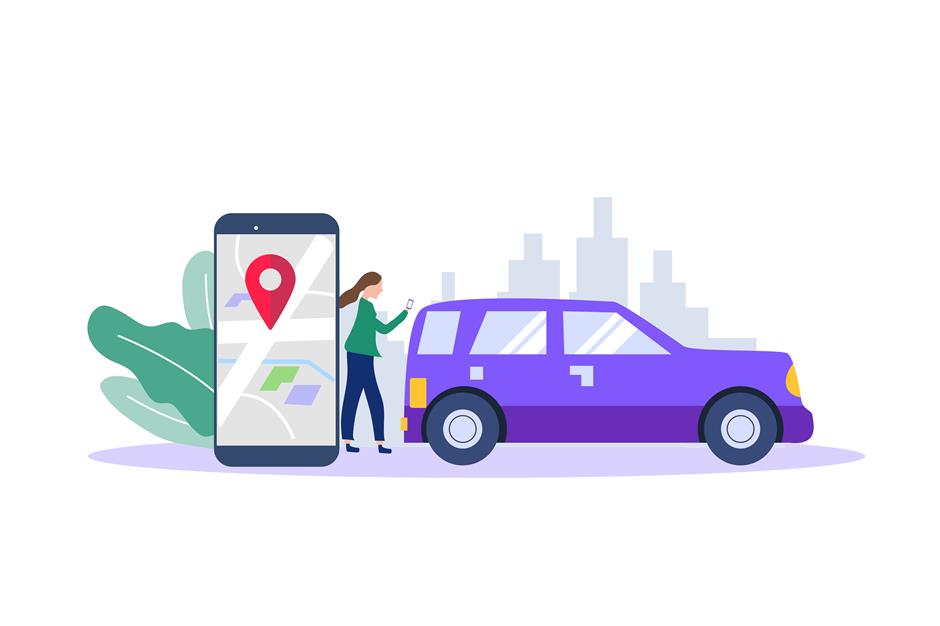 Li Ziqi, a food vlogger and Internet celebrity from a rural village in Mianyang, Sichuan Province, has more than 16 million followers on Weibo. She spent years making videos about traditional Chinese lifestyle, ranging from cooking to handicrafts. Last year, one of her videos, with no subtitles, was posted on YouTube and viewed more than 40 million times, eliciting thousands of comments in many languages. The 29-year-old has garnered more than 7.8 million subscribers on YouTube so far. 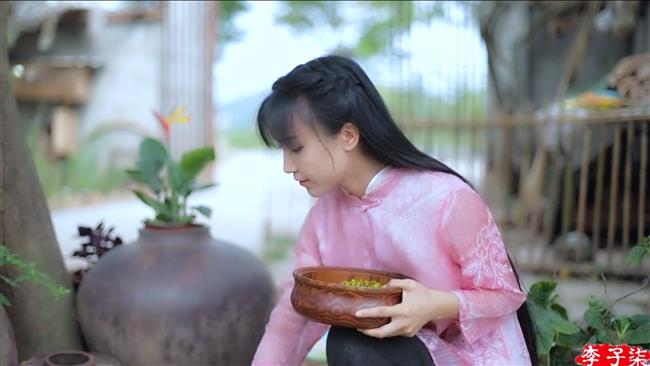