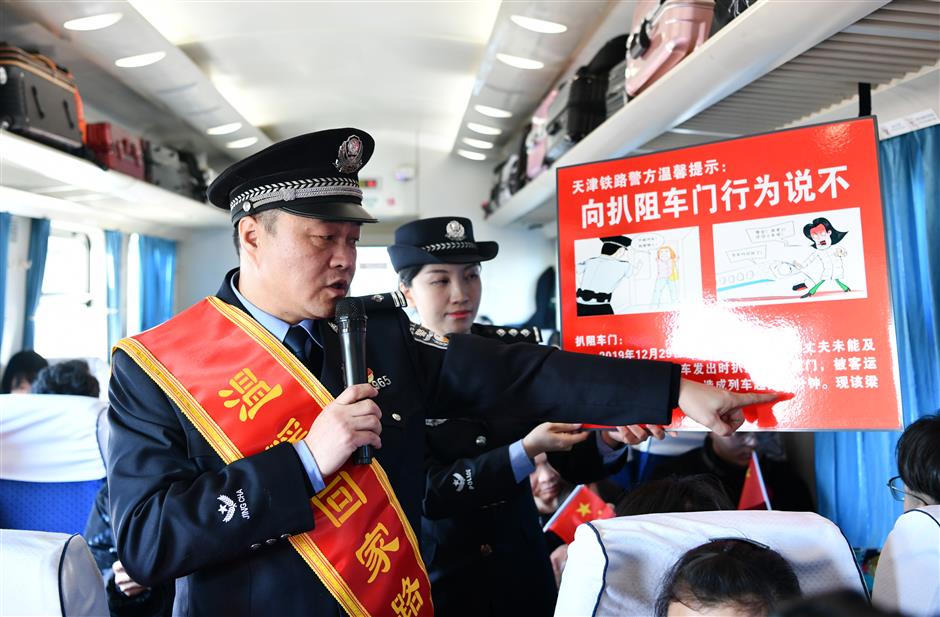 China’s railway public security authorities have launched a campaign to ensure security during the travel rush for the upcoming Spring Festival holiday.

Railway security authorities across the country will step up security control, severely crack down on crimes concerning ticket sales, theft, robbery and fraud and punish illegal behavior such as taking others’ seats and refusing to move.

During a nationwide clean-up campaign that started in October, railway police, in collaboration with railway authorities and relevant local departments, intensified patrols and safety inspections along railway lines and in major facilities.

Priority was given to the high-speed rail network.

Safety risks such as storing hazardous products and illegal construction near railway lines were recorded in through videos, pictures and texts for rectification. This year’s travel rush for the festival will last 40 days from Friday through February 18. A total of 440 million passenger trips are expected to be made on railways during this period, an increase of 8 percent from a year ago.

The Spring Festival is a traditional time for family reunions in China. People in the country will enjoy a seven-day public holiday.