Yangtze fishermen help save 'angel of the river' 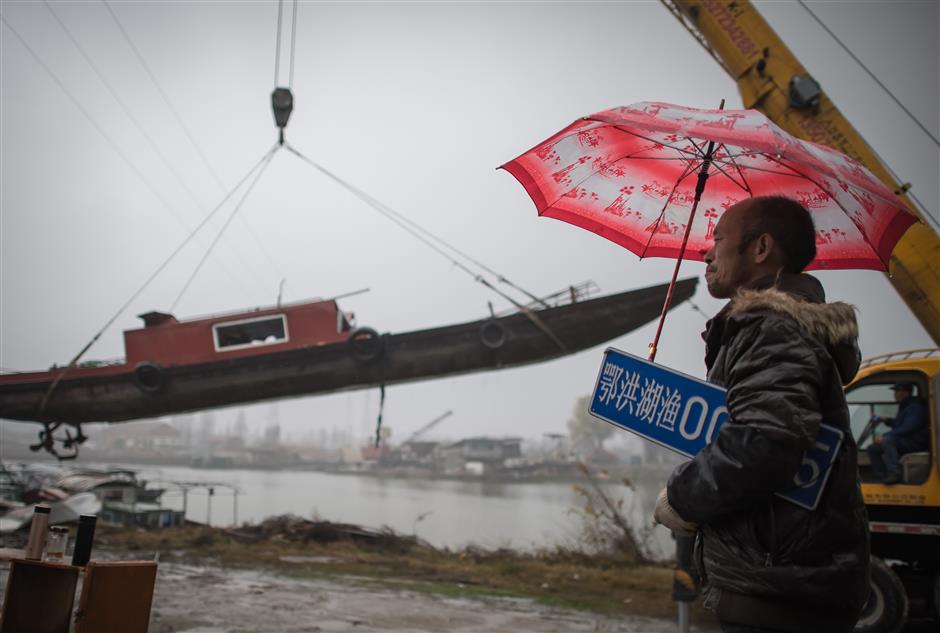 A former fisherman Xia Mingxin holding his boat license plate watches his trawler being hauled out to be destroyed at the Yangtze Finless Porpoise National Nature Reserve in Hubei Province on December 25, 2019.

Zhu Changhong, a former fisherman on the Yangtze River, skillfully scoops up a plastic bottle with a net from his boat while patrolling the water on a cold afternoon.

“There is not much trash to clean in winter since the water is low,” said the 54-year-old.

He bid farewell to his fishing boat and gear for good as a 58-kilometer waterway where he used to fish outlawed fishing for the protection of finless porpoises at the beginning of 2019.

One year later, China started a 10-year fishing ban on 332 key areas of the Yangtze River to protect biodiversity in the country’s longest river — running 6,300km from the Tibetan Plateau to empty into the East China Sea at Shanghai — among which is the river section where Zhu lives, Datong Township of Tongling City, eastern China’s Anhui Province.

The fishing moratorium is regarded as a key move in fighting depleting biological resources and degrading biodiversity in the Yangtze River, which has long been suffering from human activities such as overfishing and pollution, said Vice Minister of Agriculture and Rural Affairs Yu Kangzhen.

The 10-year ban is estimated to affect more than 110,000 fishing boats and nearly 280,000 fishermen in 10 provincial-level regions along the length of the world’s third-longest river.

The ministry has promised to provide social security services, financial support and vocational training for fishermen who have to find a new way of earning a living.

Unlike other fishermen who have found jobs in factories or become security guards, Zhu and his wife continue to live by the river but in a different way. 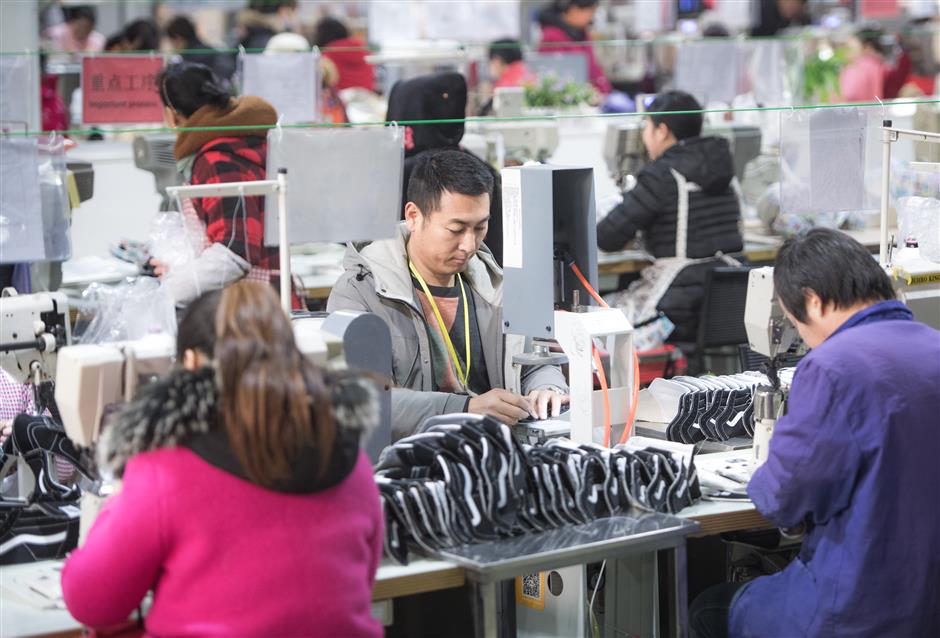 A former fisherman Xu Baoan works at a workshop of footwear company in Wuhan, Hubei Province, on December 26, 2019. Xu said he was satisfied with the life now that he and his wife could earn 8,000 yuan per month (US$1,154) totally.

With the help of the local government, they joined a patrol team to clean floating trash and report sightings of finless porpoises, a job that earns them 5,000 yuan a month (US$720).

Known for its mischievous smile, the finless porpoise has a level of intelligence comparable to that of a gorilla. However, they rely on an abundant food supply. In recent years, overfishing in the Yangtze River has contributed to the decrease in their number.

According to research conducted in 2017, the river mammal is teetering on the brink of extinction with a population of around 1,000 in the main waterway of the Yangtze, even fewer than that of the giant panda.

Zhu used to love watching the river dolphins swimming near the shore searching for small fish.

As he grew up, the dolphins became more and more terrified by the influx of fishing boats.

Instead of fishing on the river, now Zhu and his wife patrol 10 to 15km of water per day.

“It reminds me of my childhood when I see finless porpoises again during the patrol,” Zhu said.

“It’s an honor to protect these angels of the Yangtze River.”