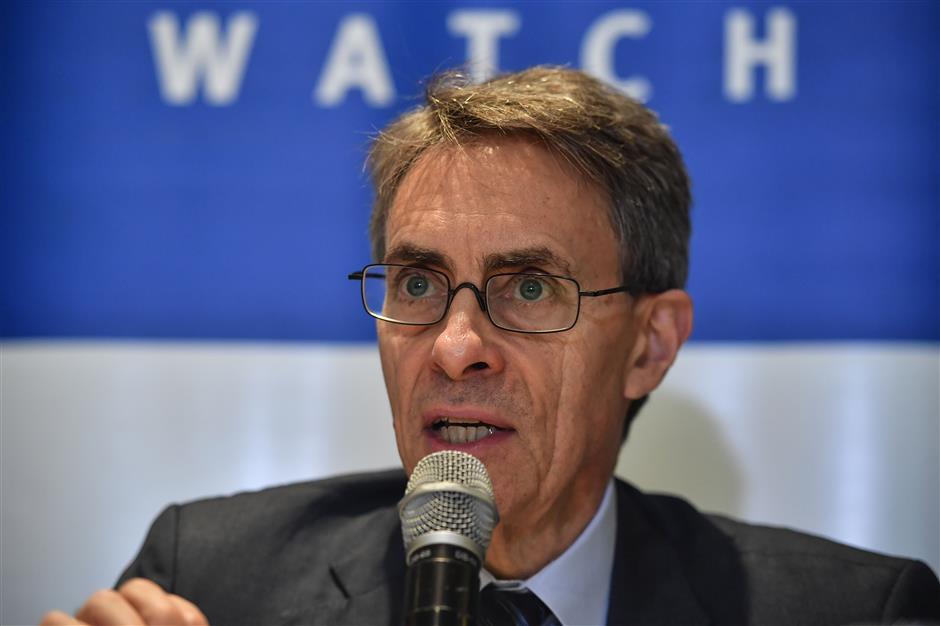 Foreign Ministry spokesperson Geng Shuang made the confirmation at a routine press briefing when he was asked to confirm relevant reports and whether the Chinese central government has ordered the Hong Kong Special Administrative Region (SAR) government to do so.

Geng said the Chinese central government and the Hong Kong SAR government have always handled border entry and exit in accordance with the law, and it is China's sovereign right to allow or deny someone from entering.

A large number of facts and evidence have shown that some NGOs have extended support to anti-China elements in Hong Kong through various means, abetted them in extreme violent criminal acts and incited "Hong Kong independence" separatist activities, said Geng, adding that these NGOs are much to blame for the chaos in Hong Kong.

These organizations should be sanctioned, and they must pay a price for what they have done, Geng said.