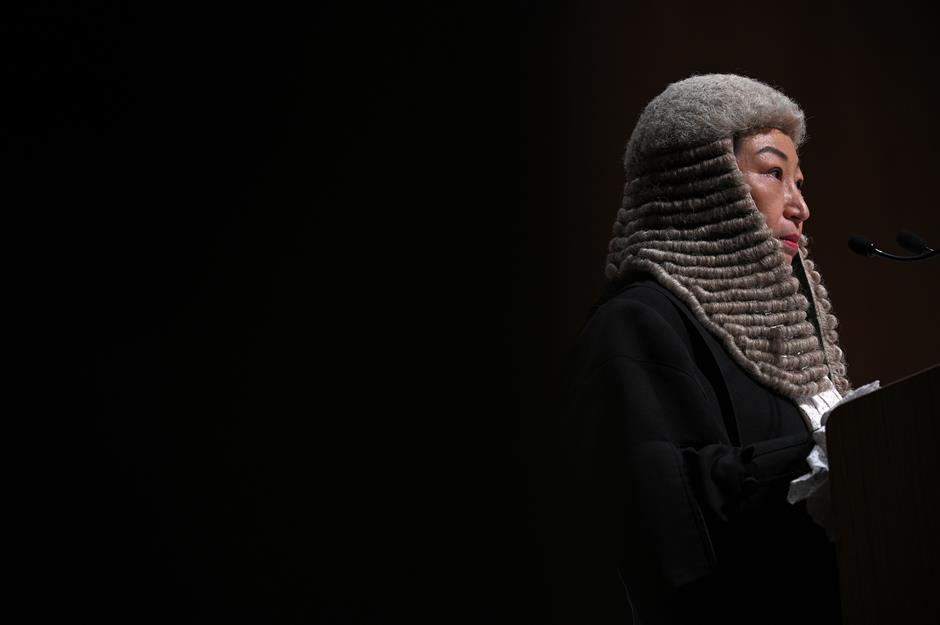 Hong Kong's Secretary for Justice Teresa Cheng gives a speech during a ceremony to mark the opening of the Legal Year in Hong Kong on January 13, 2020.

Turmoil last year has put Hong Kong through the most difficult times, posing a challenge to many of Hong Kong's core values such as the rule of law, a senior official of China's Hong Kong Special Administrative Region government said on Monday.

Teresa Cheng, secretary for justice of the HKSAR government, made the remarks while addressing the opening ceremony of the Legal Year 2020.

When disarray such as unchecked acts of violence and vandalism prevails, it will be rule of mob rather than rule of law, she said, adding that persons who commit such crimes "are simply, and properly described as 'criminals'."

"If the individual's rights are over-emphasised at the expense of observing the law, people will easily become self-serving, with little regard for other people's rights and the overall interests of the society, so that the society is prone to fall into disarray," Cheng said, referring to relevant statements of the Court of Appeal in HKSAR.

Noting two arrangements between Hong Kong and the mainland relating to arbitration and intellectual property, Cheng said they showcased the unique benefits of the "one country, two systems" policy to Hong Kong.

Cheng said the Department of Justice will launch a 10-year project entitled "Vision 2030 for Rule of Law," seeking to promote the proper understanding and recognition of the rule of law, thereby contributing to the sustainable development of inclusive and fair societies.