3 injured in 6.4-magnitude earthquake in Xinjiang 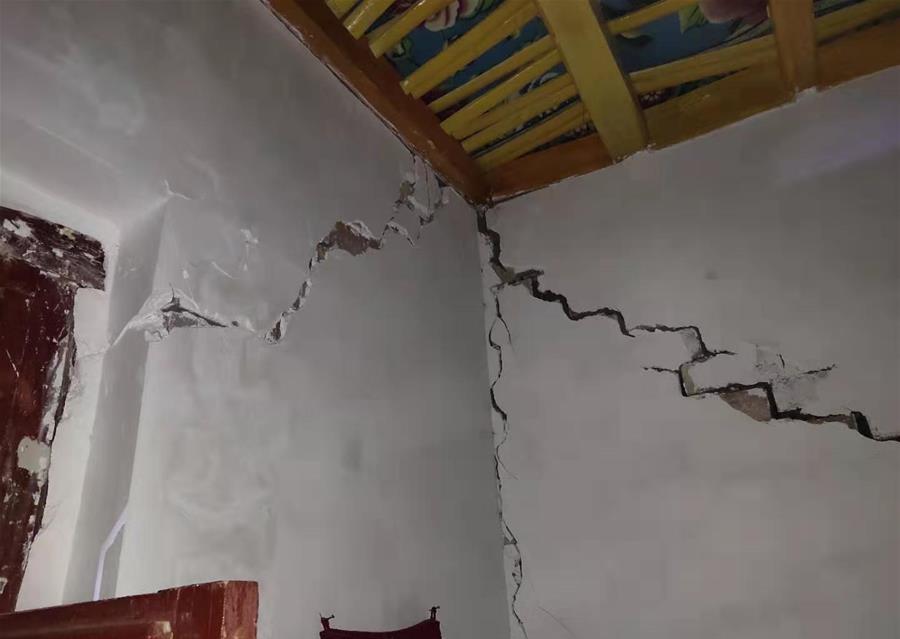 Mobile phone photo taken on January 20, 2020 shows the broken walls of a residential house after an earthquake at a village in Jiashi County of Kashgar Prefecture in northwest China's Xinjiang Uygur Autonomous Region.

The quake jolted Jiashi County in Kashgar Prefecture at 9:27pm Sunday (Beijing Time) and was followed by at least eight aftershocks, according to the China Earthquake Networks Center.

Some residents in Jiashi told Xinhua that they felt strong tremors, especially for those who live in multi-story residential buildings. Some ran outside and stayed on the streets, unwilling to return home.

There were injuries at the epicenter, and medical staff were giving treatment to the injured, including two children, said on-site rescuers with the Xinjiang Division of the Chinese People's Armed Police.

Personnel from emergency management, earthquake, civil affairs and health departments have been dispatched to the quake-hit area for relief work. Evacuation is underway in affected areas.

Nine passenger trains running in the quake-stricken zone were temporarily halted and railway staff have been dispatched for facility checkout.

The epicenter was monitored at 39.83 degrees north latitude and 77.21 degrees east longitude. The quake struck at a depth of 16 km, the CENC said in a statement.

Another 5.2-magnitude earthquake jolted the city of Artux, which is not far from Jiashi, at 10:23pm Sunday (Beijing Time). The epicenter was monitored at 39.89 degrees north latitude and 77.46 degrees east longitude, according to the CENC.