Delivering precious water, whatever the weather 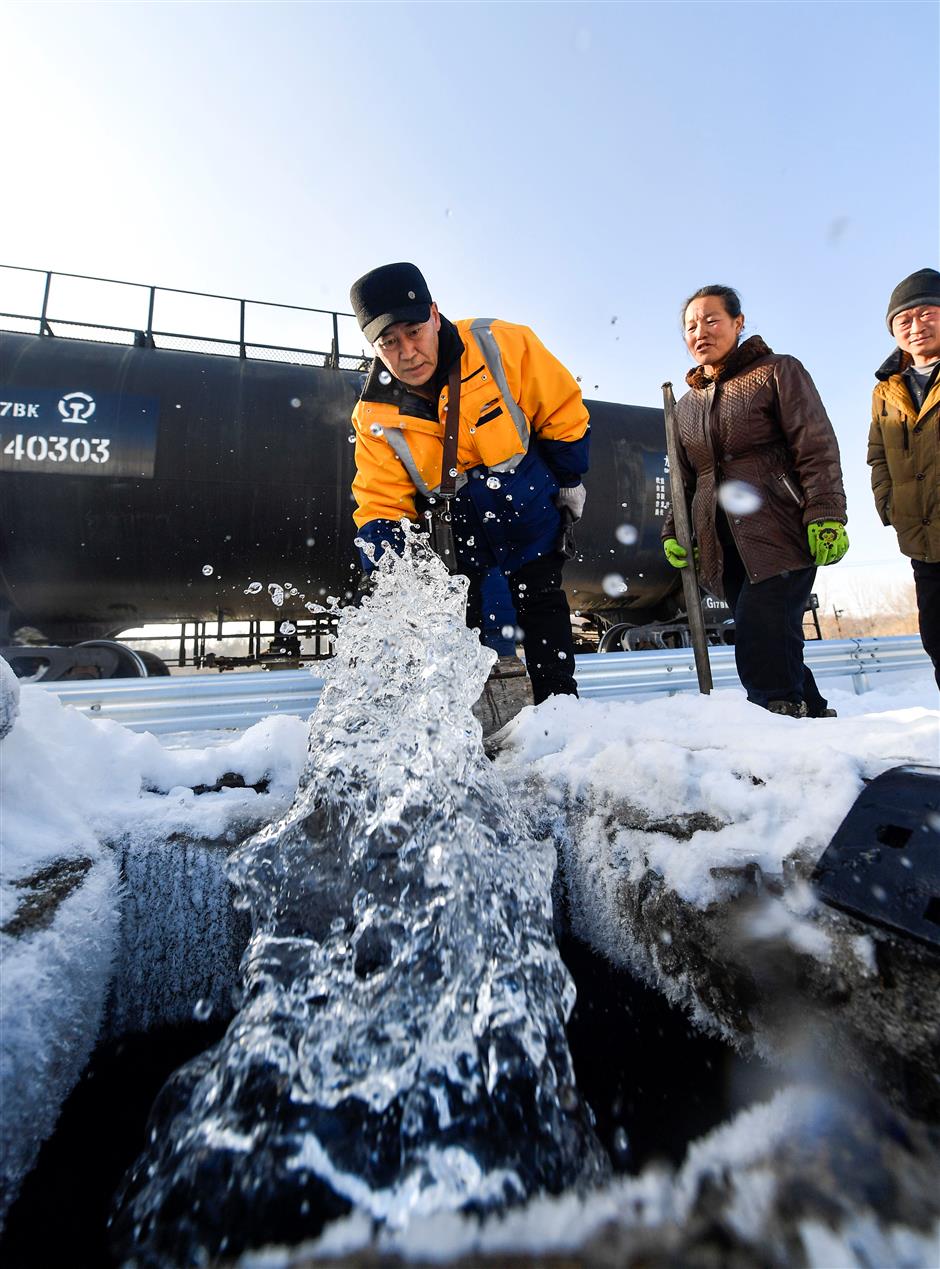 Water deliveryman Huang Weidong injects the water into the water storage well in Huojugou Village in Jilin Province on January 17, 2020.

Every trip, water deliveryman Huang Weidong and his two colleagues will drive a two-carriage train to deliver drinking water to remote water-deficient villages in the city of Baishan in northeast China’s Jilin Province.

Days of heavy snowfall have laid thick on the ground. Huang, 53, started his preparation about 8:00am.

He first ignited a small piece of cotton and bent down toward the outlet of the water tank to melt the ice on it.

“The outlet easily gets frozen due to cold weather,” said Huang.

“I need to stop in every village to melt the ice.”

The water deliveryman then climbed to the top of the train carriage and used a steel pipe to fill the water tank with clean spring water.

“The township of Quanyang has rich mineral water resources and you can drink the water without filtering it,” said Huang.

“Sometimes we need to deliver water at night when the temperatures are as low as minus 30 or 40 degrees.”

After preparations, at 10:20am, Huang and his colleagues departed for the villages. 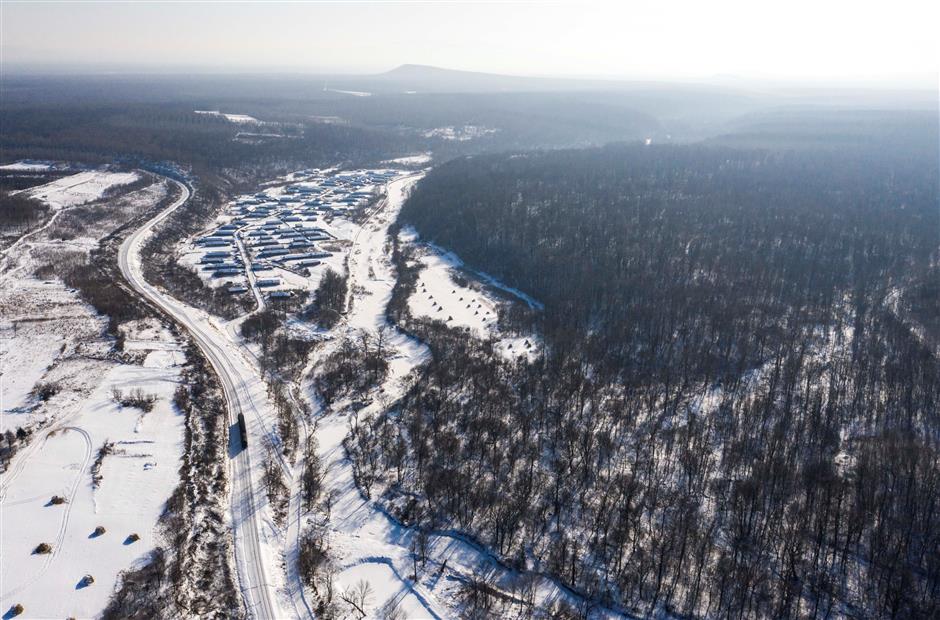 The picture shows a bird's eye view of the Huojugou Village in Jilin Province on January 17, 2020.

These villages, at an average elevation of 600 meters, have complicated geological conditions.

The well water is not fit to drink.

In 1975, the local railway department decided to deliver water by train to villagers near the Quanyang Station.

Huang is a fourth-generation water deliveryman for the station.

He has worked there for six years, and each year he makes 100 round trips.

“We suffer most in winter,” Huang said while pointing to his soaked shoes and frozen cotton clothes.

“Once my colleague’s hands got stuck to the handrail due to the cold weather.”

After less than two hours, Huang and his colleagues stopped at the Lushuihe Station for a quick lunch.

Bread, sausages and cold mineral water made up their meal.

“Food easily gets cold in winter and rotten in summer. The most convenient food is bread,” said Du Hongfeng, one of the two train drivers.

When the train arrived at Huojugou Village at 12:20pm, several villagers were already there. 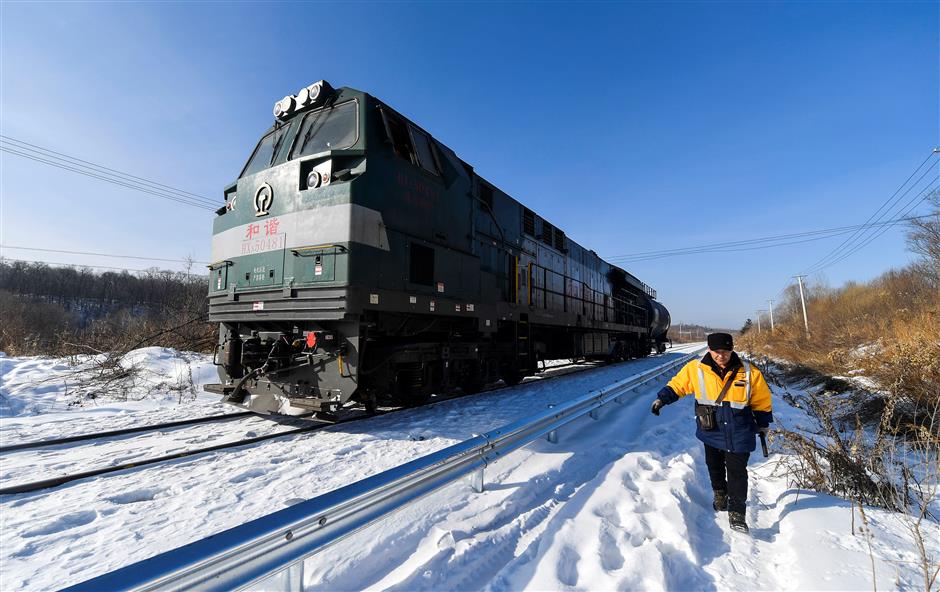 The picture shows the two-carriage train driven by the water deliveryman Huang Weidong and his two colleague on January 17, 2020.

“It is really a hard journey to deliver us the drinking water. It is precious,” said Tian He, a villager in Huojugou. “We only use it for cooking.

“We use snow water in winter and river water in summer for washing ourselves, our clothes and feeding livestock.”

Tian used to be a railway worker.

After retirement, he raised several cows and chickens at home.

Because of the lack of water, most of his neighbors have gradually moved away in recent years.

“Only six or seven households are still living in the village,” Tian said.

“Even if there was only one household left, I would stick to my job and deliver water to those in need,” Huang said on his way back.