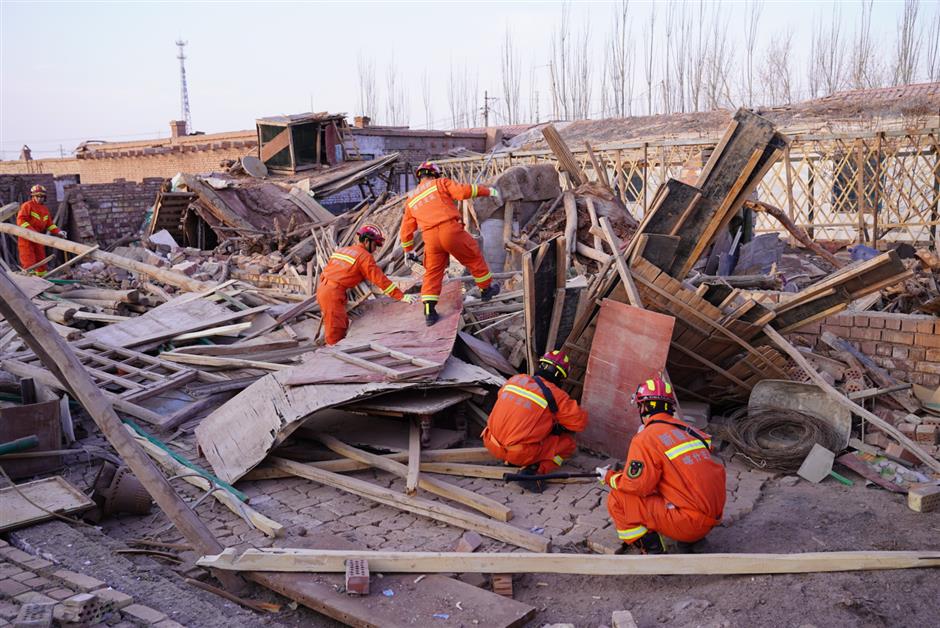 A 6.4-magnitude earthquake has killed one person and slightly injured two others in northwest China’s Xinjiang Uygur Autonomous Region, authorities said on Monday.

Authorities have recorded 10 aftershocks above the magnitude of 3, with the highest at 5.2, according to the regional publicity department.

The quake jolted Jiashi County in Kashgar Prefecture in the province’s southwest at 9:27pm on Sunday, according to the China Earthquake Networks Center.

The epicenter was monitored at 39.83 degrees north latitude and 77.21 degrees east longitude. The quake struck at a depth of 16 kilometers, the center said in a statement. 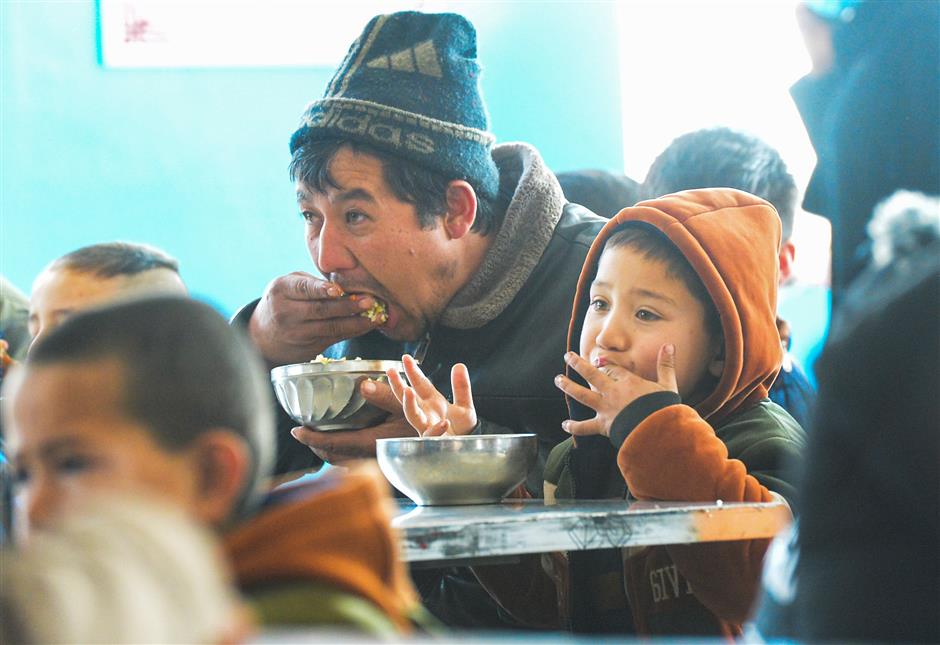 Victims have lunch at a temporary shelter in a school on Monday in Jiashi County in Kashgar Prefecture, Xinjiang Uygur Autonomous Region.

It also damaged power lines and transport facilities. Regional authorities have launched an emergency response. Thousands of people and more than 500 vehicles have joined in the rescue work.

The central government has offered financial support worth 30 million yuan (US$4.37 million) for quake relief. So far, rescuers have evacuated 4,827 people to temporary shelters.