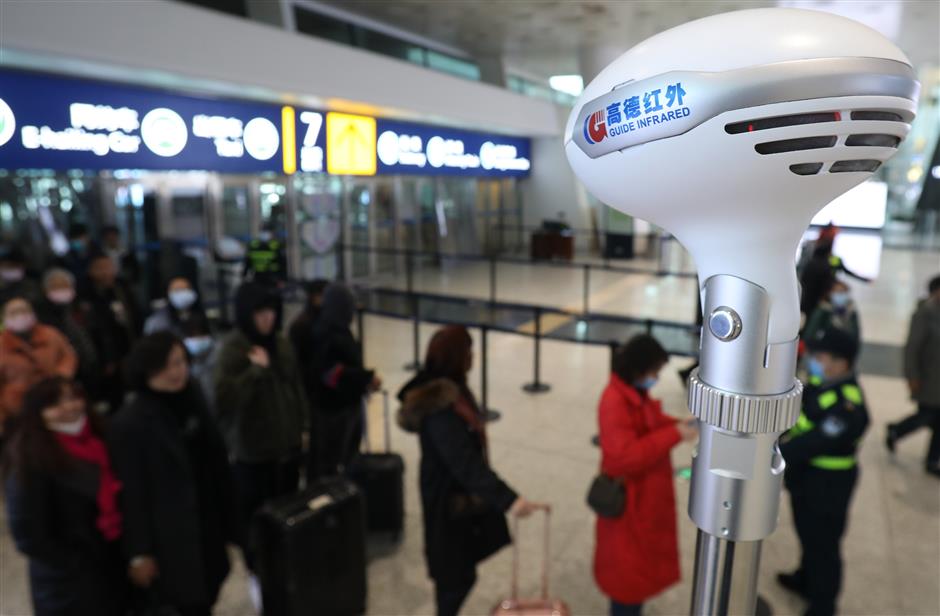 A thermal scanner is seen at Wuhan Tianhe International Airport on January 21, 2020.

Under the emergency response system, strengthened efforts will be made in seven aspects including quarantine, infection information reporting and material supply in the control of pneumonia caused by the novel coronavirus (2019-nCoV).

Offices for pneumonia control will be set up at various levels across the province, which have the authority to deploy all departments and organizations within the areas under their jurisdictions, according to the provincial government.

Local governments at various levels should have designated hospitals to receive the suspected and confirmed cases, and should cover all related treatment expenses.

Efforts will also be made to avoid speculation and price gouging.

Pneumonia caused by the novel coronavirus was first reported in Wuhan in December 2019. As of late Tuesday, 440 confirmed cases had been reported on the Chinese mainland, with nine cases resulting in death, according to the National Health Commission.