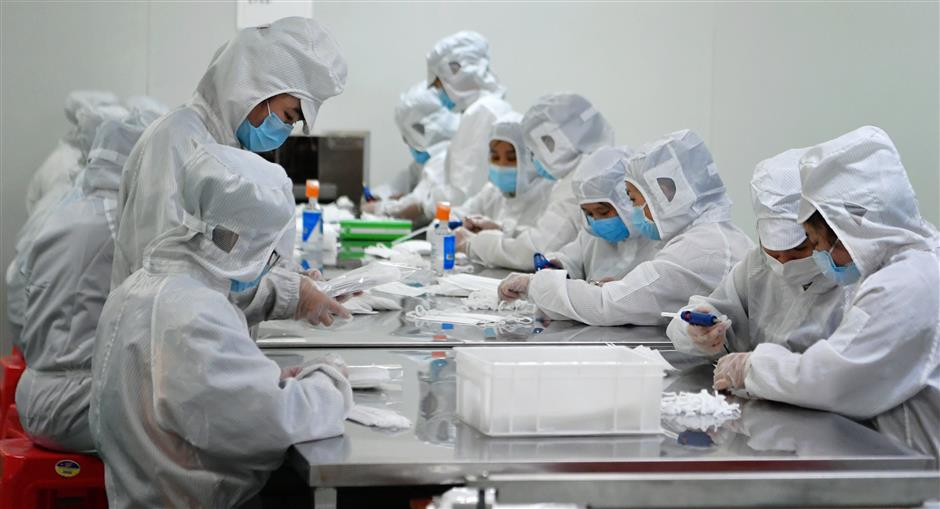 China’s sneaker manufacturing capital Putian has been standing on its own feet to make face masks from zero to 1 million in just 10 days through "cross-over" efforts amid the novel coronavirus outbreak which has claimed more than 1,000 people and infected over 42,000 across China since December.

As the epidemic situation remains serious and many people outside the epidemic center of Hubei Province resume work after an extended holiday, masks have become the most sought-after daily necessity.

As the whole country is grappling with the medical supplies shortage, “relying on donation allocation from outside is just a drop in the bucket. We decided to get back on our own feet,” Li said.

Putian is a world famous shoemaking base for sports brands such as Nike and Adidas. However, there is not a single face mask production company in the city.

At the end of January, the local government teamed up with the industry and information technology bureau, footwear association and enterprises which produce shoes and diapers to form a special working group dubbed a “mask research institute” to address the issue.

After research and consulting industry experts, the “institute” quickly got the hang of mask production.

“Masks are not a complicated product in technology, but because of a lack of raw materials and specialized equipment it is hard to produce masks in accord with the national standard in large quantities in a short time,” said Chen Wenbiao, president of the Putian footwear association.

The “institute” found a way by integrating resources and mobilizing local companies in different trades to join production efforts.

A disposable medical mask has three layers. The outer and inner layers are made of non-woven fabric. The middle section, an essential part to filter and absorb dust, particles and bacteria, is made of meltblown non-woven material widely used in producing diapers. 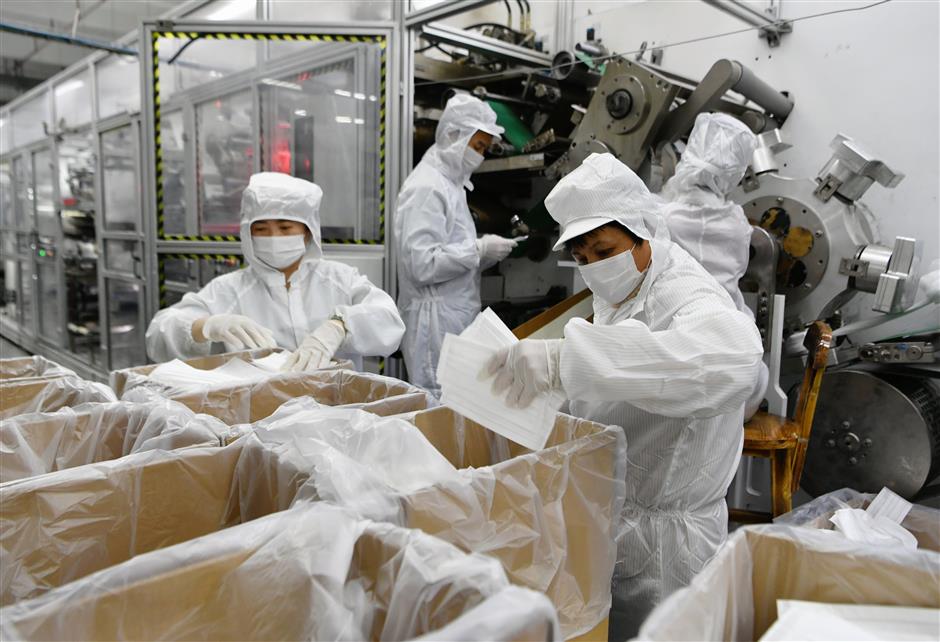 Workers pack mask layers at a plant of the Fujian New Yifa Group.

Fujian New Yifa Group is one of the two firms entrusted with the mission. On the afternoon on February 7, a Xinhua reporter saw automated production lines in full gear in the company making mask layers from fabric while workers were hectically packing. A monitor showed a real-time capacity of 130 layers per minute.

“Our workers work on shifts round the clock. The production lines will be transformed tomorrow so that they will be able to make 300 layers every minute,” said Zheng Junjie, president of the company.

Since the layer problem has been solved by diaper factories, how about the nose pieces and ear loops?

“We found the most difficult part is fusion techniques while the sewing, hot melt and welding machines and UV sterilization system at shoemaking firms would come in handy,” said Chen.

“We picked 10 from 20 applicants and each firm undertook daily production of 200,000 masks,” Wang Dechun, secretary of the footwear association, told Xinhua. 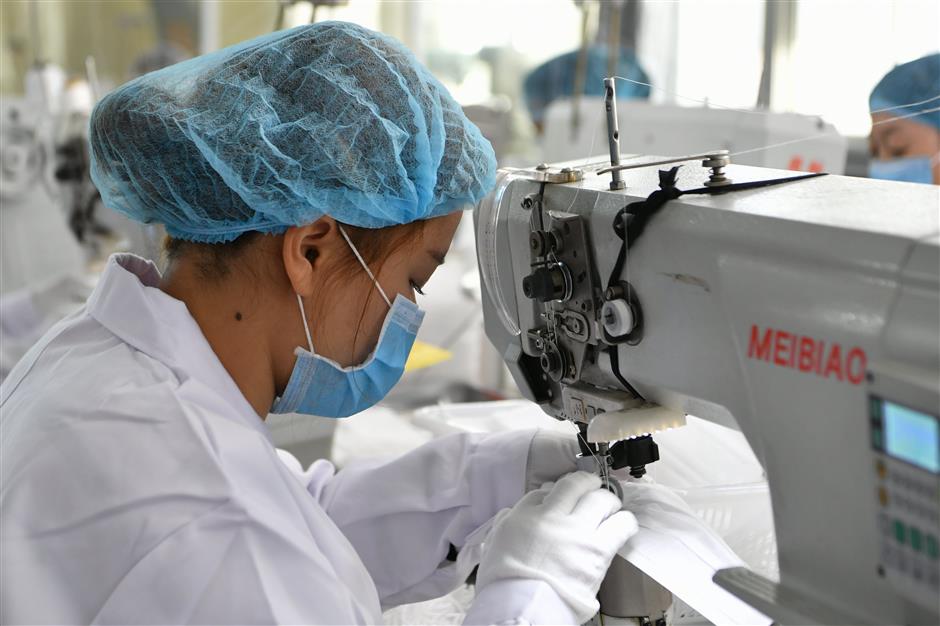 Developing face masks wasn’t all plain sailing. Zhang Zhihong, director of Putian’s industry and information technology bureau, said that when two trial samples rolled of machines in early February, they were excited and took them to a national institution in Jiangsu Province for testing that very night, but were told the samples failed the national standard.

“We didn’t give up. We improved the production process and fabric material according to the feedback and made new samples on February 6 which proved to meet the national standard,” said Zhang.

As of February 8, Li, Putian's mayor, said that output had topped 1 million masks, and was estimated to exceed 2 million.