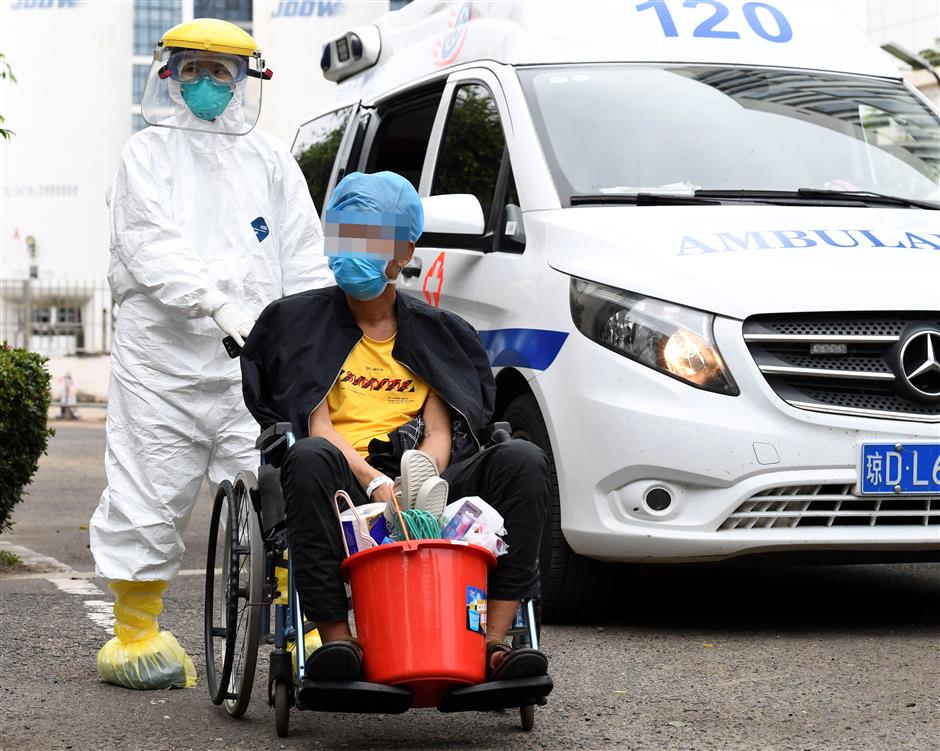 A man is discharged from Hainan People's Hospital in Haikou, Hainan Province, on February 18, 2020.

China's daily number of newly recovered novel coronavirus patients has surpassed that of new confirmed infections for the first time, according to the National Health Commission.

Tuesday saw 1,824 people walk out of hospital after recovery, higher than the same day's number of new confirmed infections of the novel coronavirus, which was 1,749, showed figures from the commission on Wednesday.

A total of 14,376 patients infected with the novel coronavirus had been discharged from hospital after recovery by the end of Tuesday.

The commission said it received reports of 1,749 new confirmed cases on Tuesday from 31 provincial-level regions and the Xinjiang Production and Construction Corps, including 1,693 in Hubei.

China's daily new confirmed cases dropped to 1,886 on Monday, for the first time under 2,000 since January 31.