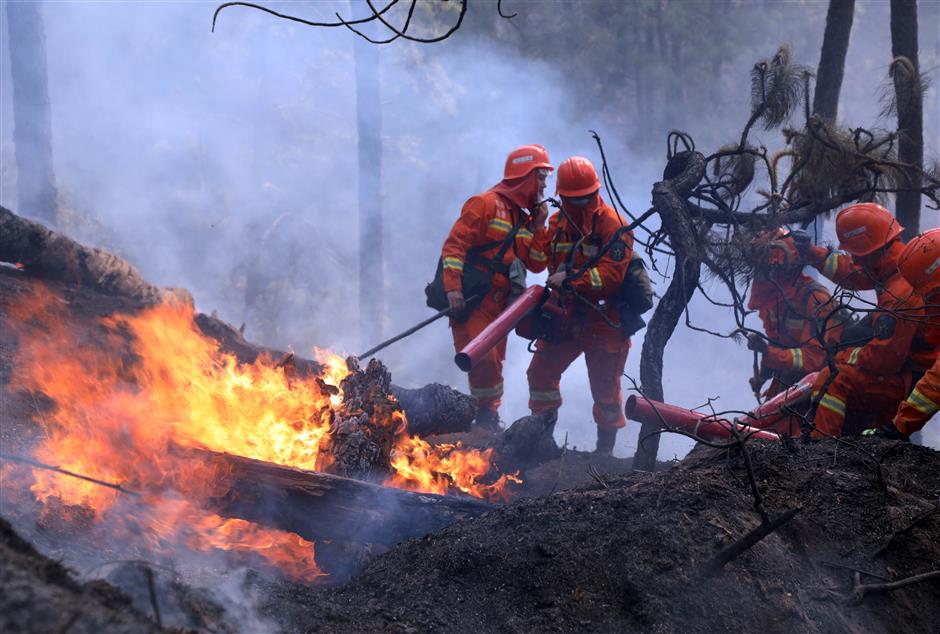 Firefighters try to douse the flame in the forests in Liangshan, Sichuan Province, on Tuesday.

The victims include 18 firefighters and a local forest farm worker who led the way for the firefighters. They were trapped in fire due to a sudden change in wind direction at around 2am on Tuesday.

At 1:30am, 22 people were reported missing. At around 7am, three were found and sent to hospital. They are now in stable condition. The 19 victims were later found.

The fire started on a local farm at 3:51pm Monday and quickly spread to nearby mountains due to strong winds, according to the information office of the city of Xichang.

As of midnight on Monday, the burned area had exceeded 1,000 hectares and around 80 hectares of forest were destroyed.

So far, a total of 2,044 people have been dispatched to put out the fire. Another 174 fire engines and six remote water supply systems have been mobilized from other cities in the province to join the rescue operation.

Li Jun, secretary of Xichang's Party committee, said the city had seen no rain for 20 consecutive days and the highest temperature rose to 31.2 degrees Celsius on Monday with a wind speed of up to 20 meters per second. All the factors contributed to the rapid development of the fire.

The fire broke out near a liquefied petroleum gas storage and distribution station, two gas stations, four schools, two cultural heritage sites and the city's largest warehouse. A total of 18,152 people in the neighboring three towns were evacuated. 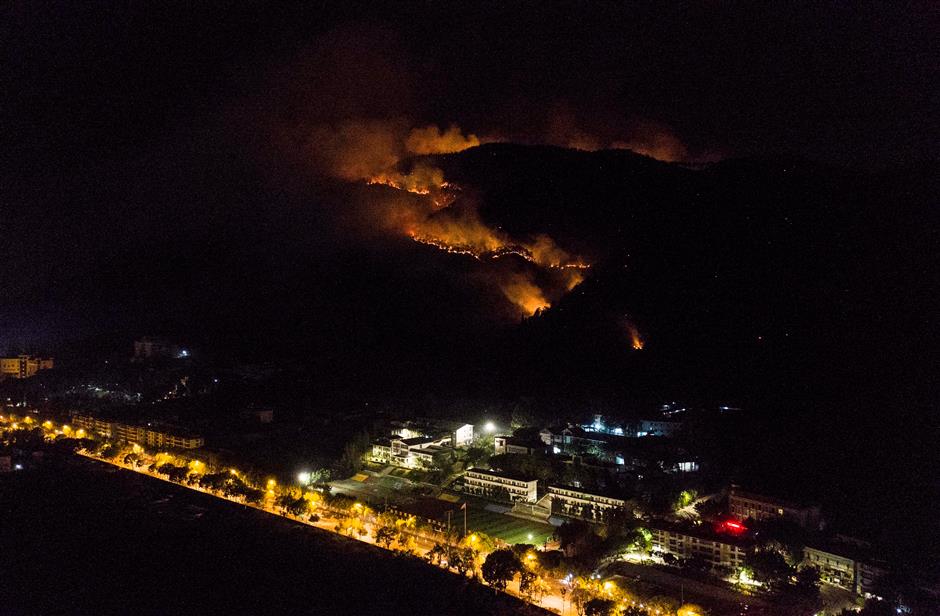 Fires stretch along the forests in Xichang, Sichuan Province, on Tuesday.