China scrapped the limitations on the ratio of foreign shareholding in securities and fund management firms on Wednesday, a move that shows wider opening-up of its financial industry.

The move gives those foreign companies the green light to set up wholly-owned units on the Chinese mainland, offering them a chance to better tap the Chinese market. It also provides Chinese investors with a greater variety of financial products and services.

The accelerated pace of China's opening-up could help boost confidence for global companies, many of which have been hit hard by the coronavirus pandemic and are grappling to mitigate its economic fallout.

The abolition of the limits on foreign ownership in securities firms on Wednesday came after a March announcement by the China Securities Regulatory Commission (CSRC) to advance the time for the move originally scheduled for this December.

On the same day, Goldman Sachs said it had been approved to increase its ownership in its China joint venture, Goldman Sachs Gao Hua Securities Company Limited, from 33 percent to 51 percent.

DBS Bank has also applied for the establishment of a controlling joint venture securities firm in Shanghai.

"This is a significant milestone in the evolution of our business in China," said Todd Leland, co-president of Goldman Sachs in Asia Pacific ex-Japan, adding that the company will now seek to move toward 100 percent ownership at the earliest opportunity.

Mark Leung, CEO of J.P. Morgan China, said the company is eyeing the same move in its Chinese joint venture.

Along with foreign companies in securities business, world asset management leaders such as BlackRock, Fidelity, Schroders, Neuberger Berman are actively preparing for the application of wholly-owned mutual fund units in Shanghai.

"China's asset management market is expected to grow more than four-fold in the next 10 years," said Jackson Lee, country head in China for Fidelity International.

Chinese investors will enjoy more financial products and services, and have more ways to diversify their investment portfolio, said the executive. 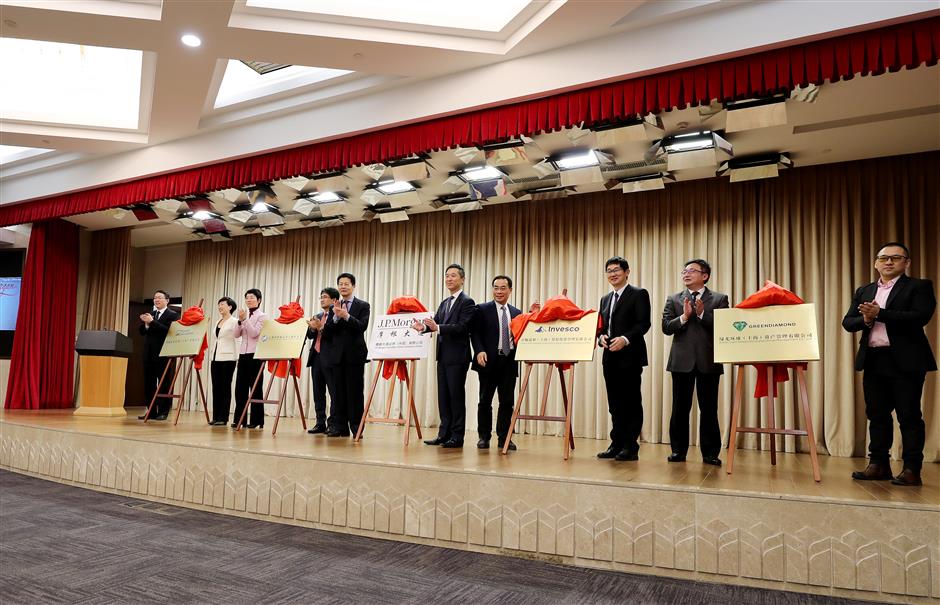 In recent years, China has taken concrete steps to open up its market. The well-rounded process includes widening market access for foreign firms, increasing commodity and service imports, and improving the business environment.

The latest move to open up China's financial sector on Wednesday has brought confidence to foreign institutions, as the coronavirus outbreak continues to exert a negative impact on the global economy.

A week later, the first sales department of Nomura Orient International Securities in Shanghai opened an account for its first client.

"Over the past years, we have been impressed by the pace of opening-up pushed forward by the Chinese government. It was beyond our expectations," said Iiyama of Nomura.

J.P. Morgan's Leung also said that he was delighted to see the opening-up of China's financial sector continued to yield new results, citing the rapid development of the new economy and the acceleration of the internationalization of Chinese currency.

"These moves have made China's financial market more mature, and brought tremendous opportunities for many companies including J.P. Morgan and our customers," said Leung.

By further opening up the finance industry, China can attract more investment from international companies and make the country more integrated with the world economy, said Yan Hong, a finance professor at Shanghai Advanced Institute of Finance.