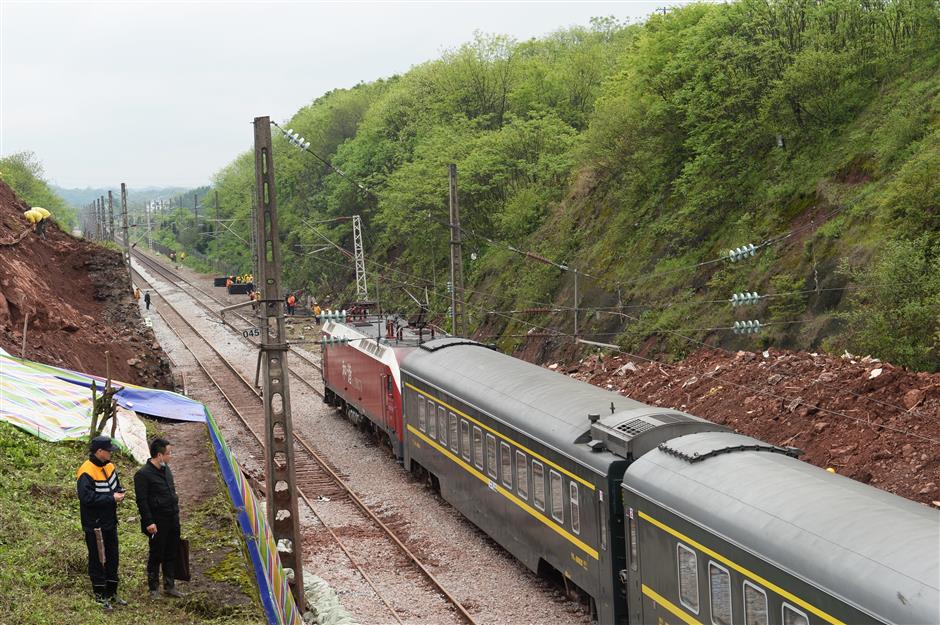 A train passes through the accident site on the Beijing-Guangzhou railway line in Chenzhou City, central China’s Hunan Province, on Wednesday.

An investigation team has been established to look into the passenger train derailment in Chenzhou City of central China’s Hunan Province, China Railway Guangzhou Group said.

Investigation result will be made public once complete, the company said on Wednesday.

The train T179 from Jinan to Guangzhou derailed after running into a landslide on Monday, killing one railway policeman and leaving 127 people injured.

The railway department expressed deep condolence on the policeman’s death and apologized for the injuries to the families of the injured. Rescue and remedial work is under way.

Railway traffic resumed on Wednesday. A train from Beijing to south China’s tourist city of Sanya went through the accident site on the Beijing-Guangzhou railway line around 11:45am on Wednesday. It was the first train to pass the site after the accident.

Although traffic has gradually picked up, the normal operation of trains along this railway line still needs time, according the group.

The Beijing-Guangzhou railway is a major north-south railway line in China.