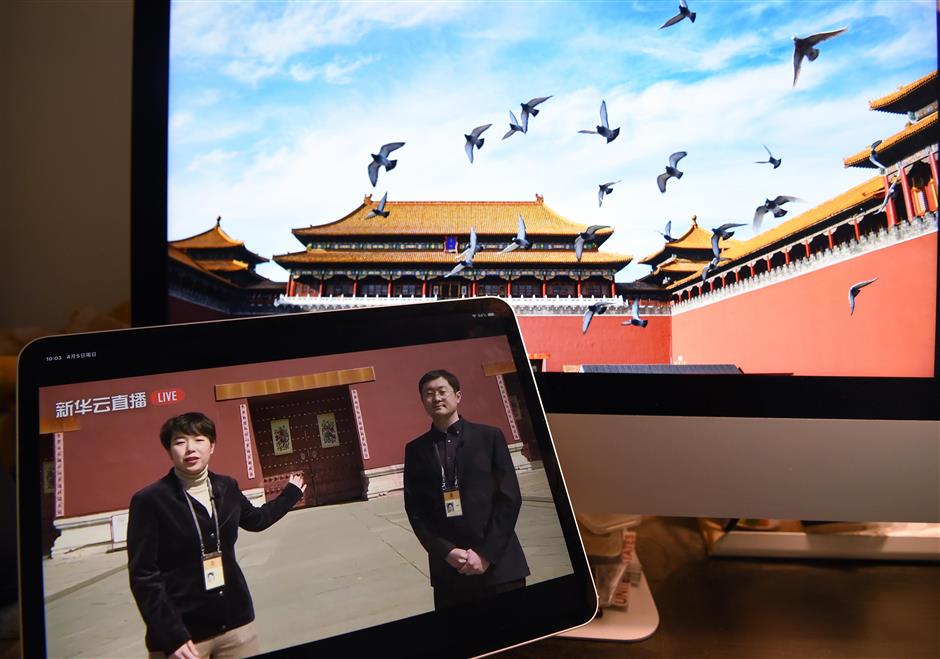 A screen shows the live stream of the online tours of the Forbidden City.

Online tours of the Forbidden City have racked up millions of views amid the coronavirus pandemic.

A live broadcast from 8am to 10am on Monday garnered more than 34 million views on Xinhuanet's live-streaming service alone.

The site, also known as the Palace Museum, has been closed to the public for more than 70 days due to the COVID-19 outbreak.

Curator Wang Xudong said its live streams, two on Sunday and one on Monday, were the first such events since the closure.

Through apps including People's Daily, Xinhuanet, Douyin and Tencent News, museum staff took viewers on a tour of the ancient imperial mansions, including the must-see main palaces and some lesser known ones only open to museum staff, cultural relics and the springtime flora and fauna in the compound. 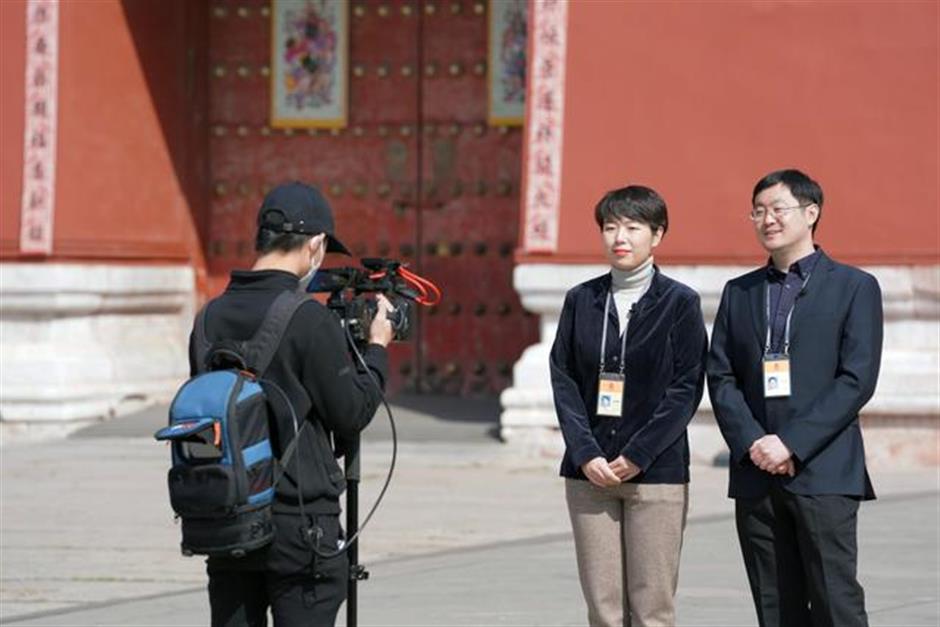 Staff at the Forbidden City take viewers on a tour of the famed tourist site via a live-stream on Sunday.

“The cloud tour is a good way to better savor the historic and natural charm of the former imperial palace,” said Yang Minjun, a 67-year-old who had been to the Forbidden City once before. “For tourists, it is hard to escape crowds in the museum. I remember I had to move on and rush through. The live-streaming enabled me to explore the history and culture in a laid-back manner and enjoy the tranquility in the complex.”

Xie Huiyi, a 23-year-old white collar worker, said the live broadcast made her want to visit the Forbidden City when the pandemic eased as she’d never been there before.

Shen Yan, a 35-year-old chief developer with a Shanghai IT company thought the live-streaming had little originality. “I couldn’t see any interaction between the tour guides and online viewers during the live-streaming, so what’s the difference between live and recorded?”

The novel coronavirus outbreak has kept most people from going outside, but it hasn’t dispelled their desire to shop or travel. Live-streaming activities, for example “cloud” sales, concerts and even tomb-sweeping ceremonies, have become increasingly popular, especially with young people.