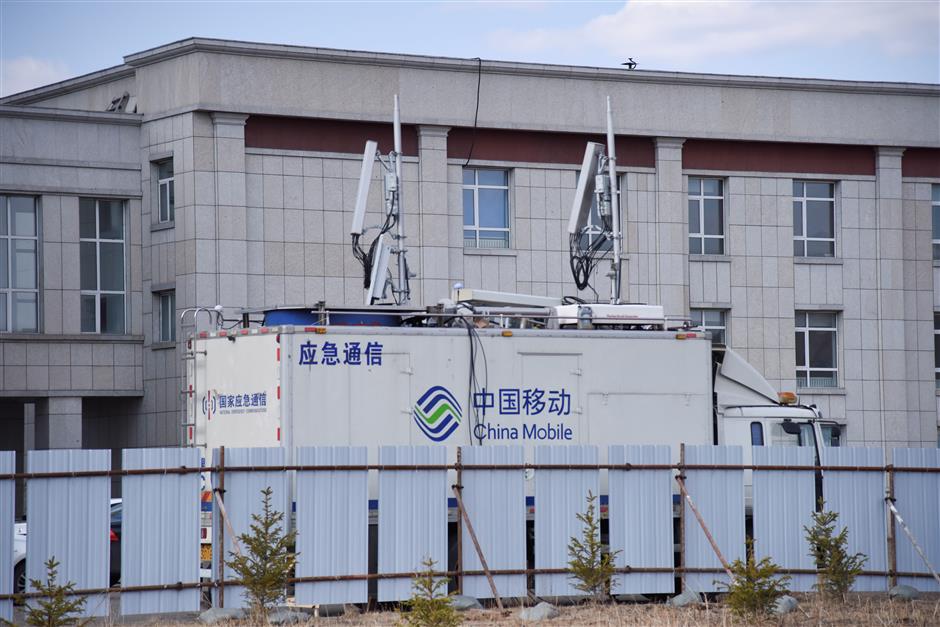 A telecom truck is parked beside a makeshift hospital for COVID-19 patients in Suifenhe City, Heilongjiang Province, on April 10, 2020.

All the new imported cases were Chinese nationals returning from Russia. Of them, 10 were previously asymptomatic patients, according to the commission.

By Friday, the province had reported a total of 177 confirmed imported COVID-19 cases. It had traced 1,523 close contacts, with 1,101 still under medical observation.