A MAN reunited with his family yesterday after being abducted as a toddler in northwest China’s Shaanxi Province 32 years ago, police said.

At 3:30pm, Mao Yin and his parents embraced at the Xi’an public security bureau in the provincial capital.

Born in February 1986, Mao was abducted when he was two and a half years old at the entrance of a hotel in Xi’an. In the following years, police investigated and searched more than 10 provinces and municipalities for the child.

In late April, Xi’an police received tips saying a man from Sichuan Province in southwest China had adopted a child from Xi’an years ago for 6,000 yuan (US$845). After a series of investigations and comparisons, police found a man surnamed Gu from the city of Mianyang of Sichuan resembled the missing Mao, which he was later proven to be by a DNA test.

According to the Ministry of Public Security, more than 6,300 children who were abducted have been reunited with their families via DNA tests since 2019.

The ministry launched the online platform Tuanyuan, meaning reunion in Chinese, in May 2016, which has helped find 4,385 missing children in the country. 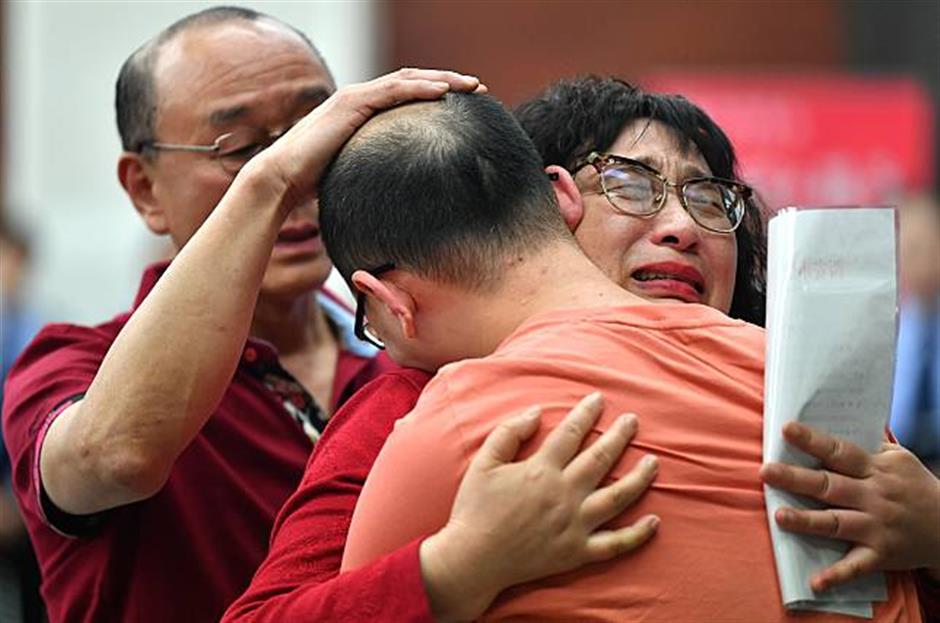 Mao Yin and his parents embrace at the Xi'an municipal public security bureau in the city of Xi'an, northwest China's Shaanxi Province yesterday.