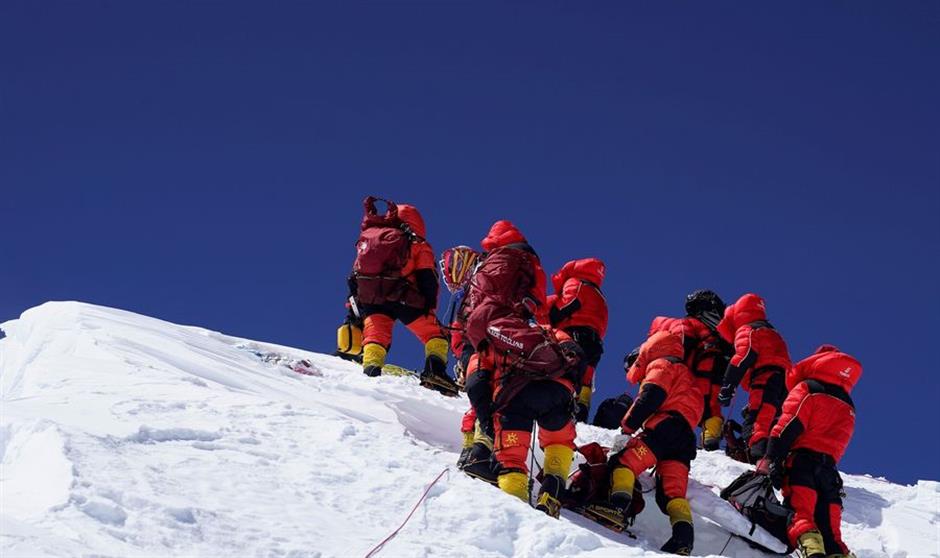 Members of a Chinese surveying team reach the summit of Mt. Qomolangma on May 27, 2020.

It will probably take two to three months for scientists to calculate and release the exact height of Mount Qomolangma, the world's highest peak, said China's Ministry of Natural Resources on Wednesday.

An eight-member Chinese survey team reached the summit of the mountain on Wednesday morning, erecting a survey marker and installing a GNSS antenna on the snow-covered peak. This marked the completion of the measurement field work.

With the measurement data, scientists will use multiple traditional and modern measurement techniques to perform comprehensive calculations. After data analysis and processing, they will further carry out theoretical studies and repeated verifications to determine the accurate height, the ministry sources said.

Complex calculations are needed to eliminate errors caused by factors such as temperature, air pressure and the refractive environment.

At the summit, the team members conducted a GNSS survey, snow depth measurement and gravity survey.

The GNSS survey was assisted by China's home-grown BeiDou Navigation Satellite System. The high-altitude gravity survey set a new world record as the highest of its kind.