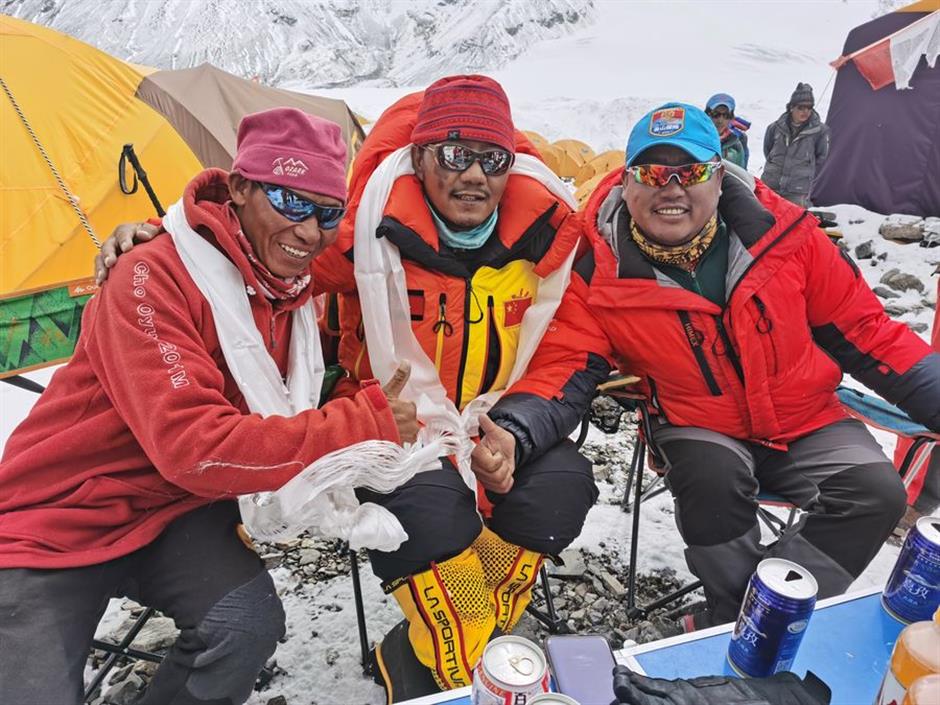 A Chinese surveying team safely descended to the Mount Qomolangma base camp at an altitude of 5,200 meters at 8:50pm Thursday, after completing the mission of remeasuring the height of the world's highest peak.

The team of eight reached the summit at 11am Wednesday and conducted a series of surveys.

The team members are in good health, sources at the base camp said.