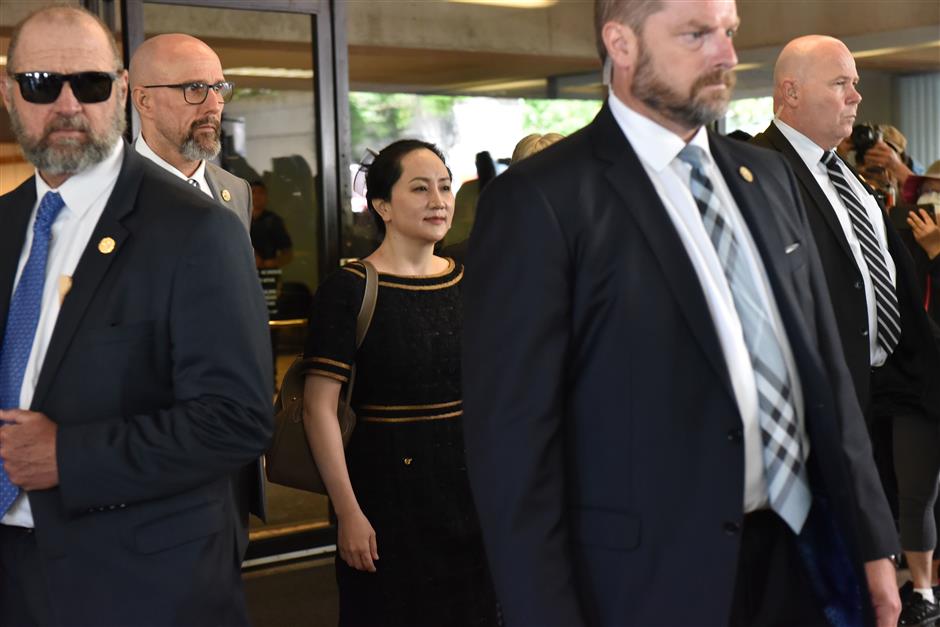 “We have repeatedly expressed confidence in Ms Meng’s innocence. Huawei continues to stand with Ms Meng in her pursuit for justice and freedom,” Huawei said in a statement.

On Wednesday, a Canadian judge ruled that the extradition case against Meng can proceed.

According to the ruling, the case of Meng meets the Canadian extradition standard of the so-called “double criminality.”

He said the United States and Canada abused their bilateral extradition treaty and arbitrarily took compulsory measures against a Chinese citizen without cause. “This is a serious political incident that grossly violates the legitimate rights and interests of the Chinese citizen,” Zhao said.

China’s Embassy in Ottawa, meanwhile, accused the United States of trying “to bring down Huawei” and Canada of being “an accomplice.”

“The whole case is entirely a grave political incident,” it said in a statement.

“We once again urge Canada to take China’s solemn position and concerns seriously, immediately release Ms Meng Wanzhou to allow her to return safely to China, and not to go further down the wrong path.”

Meng, a Chinese citizen and daughter of Huawei’s founder Ren Zhengfei, was arrested in December 2018 on a warrant issued by US authorities.

They accuse her of bank fraud for misleading HSBC about Huawei’s relationship with a company operating in Iran, putting HSBC at risk of fines and penalties for breaking US sanctions on Tehran.

Meng’s lawyers argued the case should be thrown out because Canada did not have sanctions against Iran.

“Ms Meng’s approach to the double criminality analysis would seriously limit Canada’s ability to fulfill its international obligations in the extradition context for fraud and other economic crimes,” Holmes wrote.

Holmes noted that her ruling in no way makes a determination on whether there is sufficient evidence to justify extradition.

That question will be decided at a later stage in the proceedings. The case now continues to a second phase, yet to be scheduled, when the defense will challenge the lawfulness of her arrest, followed by more hearings likely in September.

Any appeals could further drag it out for years.

Reid Weingarten, a US lawyer for Meng, said Meng should “not be a pawn or a hostage” in the China-US relationship. Ties between the two countries are deteriorating steadily amid disputes over trade.

“Today’s ruling in Canada is only the opening salvo in a very long process ... we are confident that ultimately justice will be done,” Weingarten said.

Shortly after the ruling was released Meng, 48, arrived at the courthouse for an in-person briefing and left without talking to the media. Meng says she is innocent.

This ruling foreshadows the “worst-ever” China-Canada ties, Zhi Zhenfeng, a legal expert at the Chinese Academy of Social Sciences in Beijing, told the Global Times.

He called the ruling “unjustified,” and said the case will now proceed to the next phase.

“The local court still needs to hear appeals such as whether the Canadian officials detained Meng for substantive reasons and based on the legal process.” Zhi said.

Huawei is the biggest global supplier of network gear for phone and Internet companies.