Despite losing one arm, Zhang Jiacheng hopes to never lose his love for basketball or willingness to improve his skills on the court.

The 13-year-old recently gained wide attention from netizens in China when a video of his excellent dribbling skills in a one-on-one situation was posted online.

"It's so inspirational. How can you easily give up your efforts after watching his video?" One netizen wrote on Sina Weibo, Twitter's equivalent in China.

Born in southern Chinese province of Guangdong, Zhang lost his right arm in an accident at just five year's of age, which was a catastrophe for such a young kid.

Zhang, however, decided to face up to the hardship, and not let the fate reign over his life.

Because he has a dream: to be a basketball player.

"How can he play basketball with just one arm?" Zhang always had to face speculation from other kids around.

'Hard work' is the only retort that Zhang has in his arsenal.

Be it rainy or windy, Zhang never stops playing basketball, and has witnessed huge improvement in his skills. 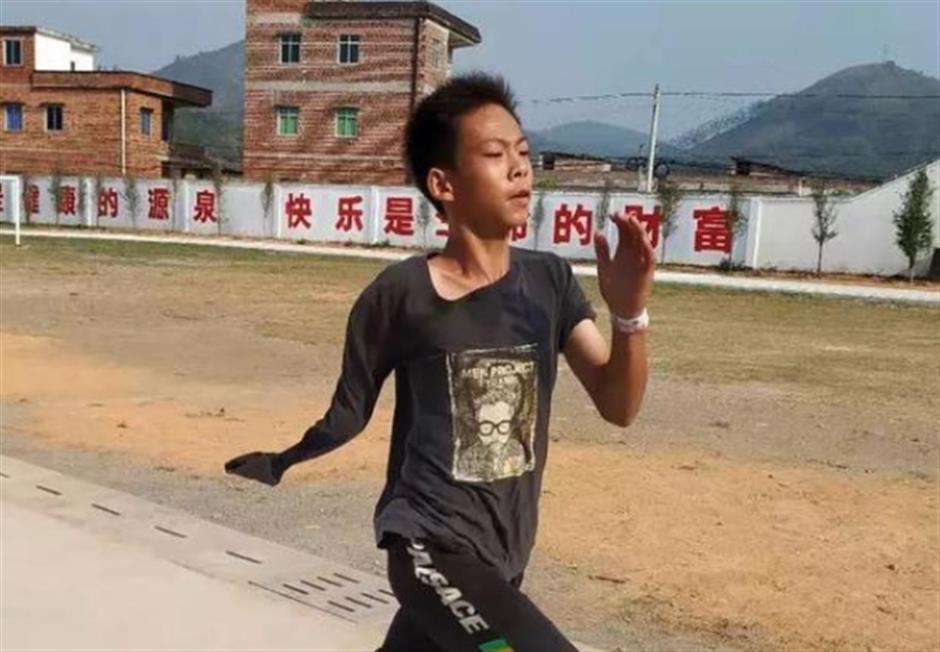 In the video, Zhang displayed his dribbling abilities in front of a defense made up of several professional basketball players, and received a loud cheer from people watching on site.

"Your right hand has been taken away in a brutal way, but you have the best left hand. You are the real star in this game," former CBA player Wang Jing said after watching Zhang's performance.

Zhang has posted 13 videos of him honing basketball skills on Douyin, the Chinese version of Tiktok, and earned almost one million likes.

"Give it a try, or give it up," Zhang wrote when releasing one video.

Indeed, he chose the former.