'Street stall economy' is reviving across the nation

The number of videos of street booths posted on Kuaishou, a popular short video sharing platform in China, increased 76 percent in May compared to February, according to the Big Data Research Institute of Kuaishou.

These videos garnered 1.3 billion views in May.

The number of livestreaming rooms on “roadside booths” or “roadside food stalls” more than quadrupled in May compared to February on the platform, the platform said.

The content of the videos on street business activities are mainly performances, sales of smartphone accessories and food stalls. Roadside vendors were banned during the coronavirus epidemic as they interrupted traffic and pressured urban environments and management.

Their return is expected to help increase people’s incomes and revive local economies hampered by the COVID-19 pandemic.

In mid-March, the southwestern city of Chengdu started allowing people to run businesses in designated areas on streets.

As of May 28, Chengdu has set up at least 36,000 such stalls as of the end of May, creating jobs for at least 100,000 people, which won the applause of Chinese Premier Li Keqiang during the Two Sessions this year.

Such stalls do not only appear in Sichuan, but also in Zhejiang, Jiangsu, Jilin and Shanghai.

The return of the vendors has brought back much-needed vibrancy that was thwarted by the COVID-19 pandemic.

Shanghai’s urban management and law enforcement authorities have given the green light to street stalls to support the city economy.

Authorities said they will support businesses to operate street stalls and conduct refined management on the operation time and scope of such stalls.

The notice also says the authorities will promote the development of a night market economy and guide businesses to conduct strict management of night operations.

They will also help nighttime businesses in garbage sorting and the collection and treatment of kitchen trash and waste oil.

Premier Li stressed the importance of providing relief to businesses and stimulating market vitality during his inspection tour of east China’s Shandong Province from Monday to Tuesday. 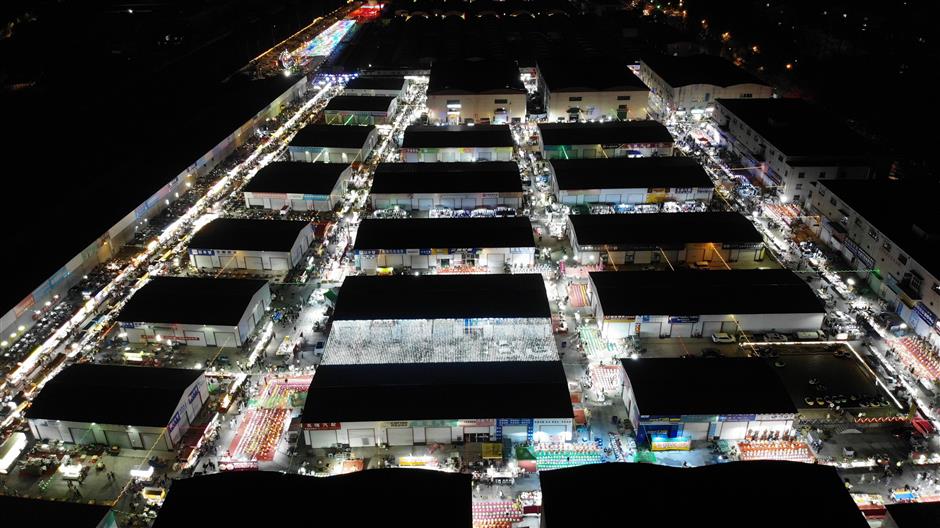