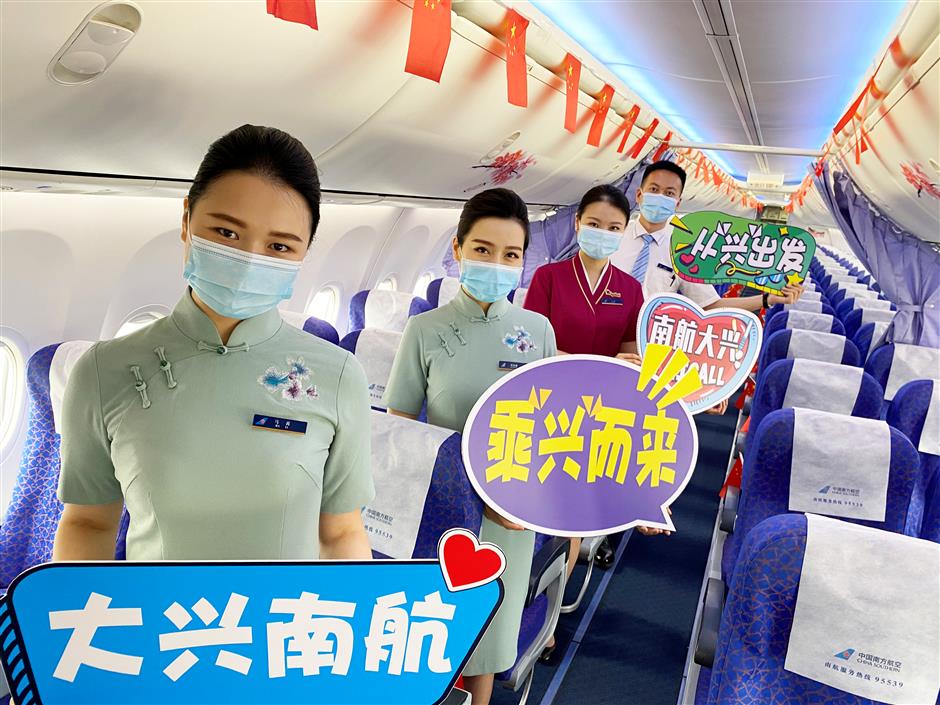 Flight attendants welcome passengers on the first resumed flight between Wuhan and Beijing.

Commercial air travel between Wuhan in central China’s Hubei Province and Beijing has resumed as China Southern operated the first flight on Tuesday since the novel coronavirus outbreak.

Flights between Wuhan and Beijing were suspended after the lockdown of the central Chinese city on January 23 due to the epidemic.

The flight route was reopened after Wuhan was listed as a “backup” first entry port for international flights bound for Beijing.

Incoming international flights to Beijing must land at one of 16 designated airports, where passengers are screened. Passengers who test negative for the coronavirus are then permitted to reboard the plane to Beijing.

Shanghai has been dropped as one of the first ports.

The number of domestic flights to and from Hubei has been restored to nearly half of that of 2019, according to China Southern, one of the country's major carriers.

Since the lockdown ended on April 8, China Southern has operated 2,616 flights out of Hubei. Over 460 flights are being operated regularly in the central Chinese province.

The Guangzhou-based carrier has also opened a new route for freight between Wuhan and London. The service operated by Boeing 787 wide-body aircraft is expected to cap rising export demands from Hubei companies, the airline said.

The airline plans to resume flights between Wuhan and Urumqi in Xinjiang this month, while additional flights will be deployed from Wuhan to Beijing, Shanghai, Kunming, Hangzhou and Hankou. 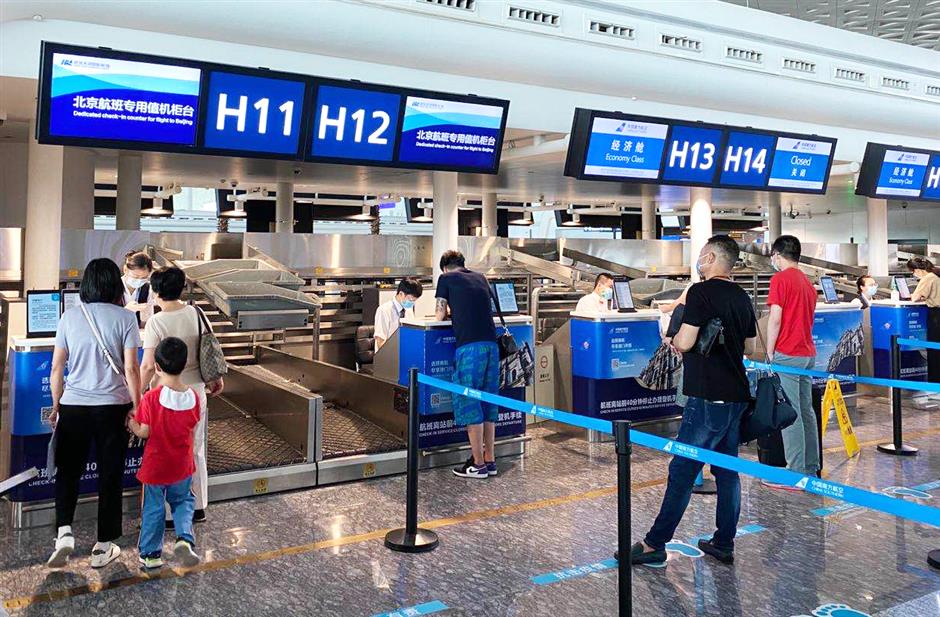 Passengers check in at the Wuhan Tianhe International Airport for the first resumed flight between Wuhan and Beijing.

A traveler poses ahead of the first resumed Wuhan-Beijing flight.