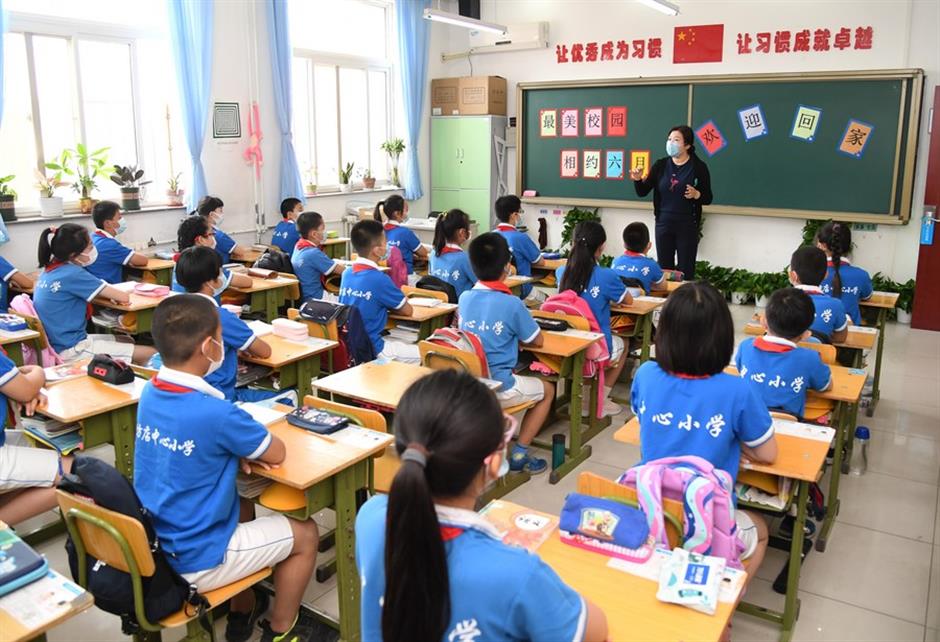 Fourth-graders attend a class at Yangfangdian central primary school in Haidian District of Beijing, capital of China on June 8, 2020.

Beijing on Friday suspended the class resumption for primary schools' lower graders after three new confirmed COVID-19 cases were reported in the capital city over the past two days.

The decision was made in line with the changing situation of the city's epidemic prevention and control, said the commission.

The commission said on Tuesday that around 520,000 students in the first, second and third grades in Beijing's primary schools were scheduled to return to campus on June 15.

Two new cases of COVID-19 were confirmed in Beijing on Friday, one day after one case was reported.

Higher-grade students who have returned to school will continue classes, and teaching arrangements will be adjusted according to the epidemic prevention and control situation in Beijing.

Examination arrangements will be carried out as planned on the basis of strict epidemic prevention and control work, the education commission said Friday.