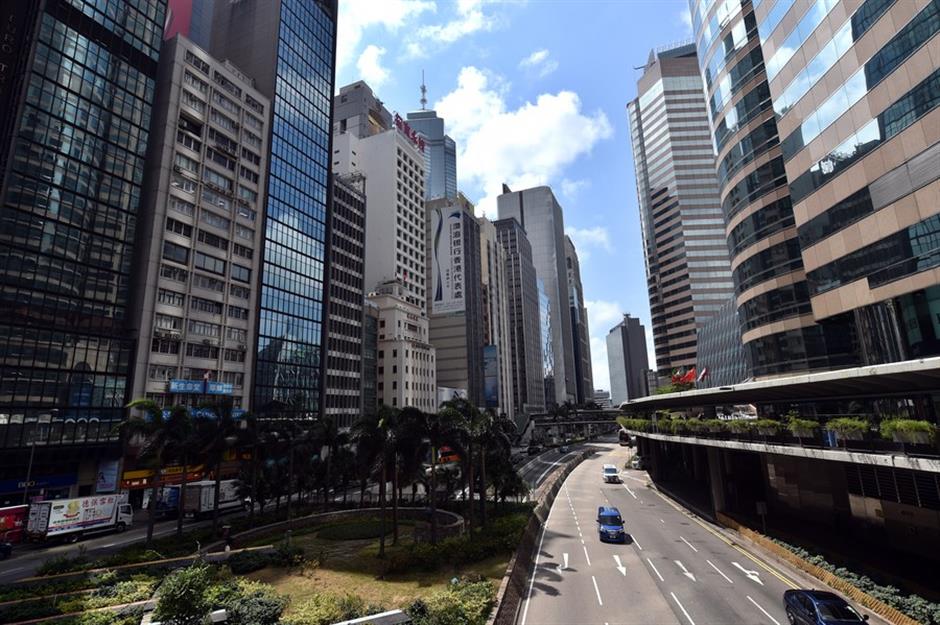 File photo of Central, Hong Kong's financial and business center on May 5, 2020.

The Hong Kong Special Administrative Region (HKSAR) government on Friday expressed opposition to the inaccurate and biased remarks in the Six-monthly Report on Hong Kong issued by the Foreign and Commonwealth Office of Britain on the national security legislation and the region's high degree of autonomy.

The government spokesman reiterated that foreign governments, legislatures and politicians should not interfere in any form in the internal affairs of the HKSAR.

Since the return to the motherland, Hong Kong has maintained stability and prosperity under the principles of "one country, two systems," "Hong Kong people governing Hong Kong" with a high degree of autonomy according to the HKSAR Basic Law, the spokesman said.

The implementation of the "one country, two systems" policy in Hong Kong is entirely the internal affairs of China, and every other state has no right to intervene, directly or indirectly, in those internal affairs, the spokesman said.

"It is absolutely wrong and totally groundless for the report to allege that the enactment of the national security law for the HKSAR by the central authorities 'lies in direct conflict' with Article 23 of the Basic Law," the spokesman said.

Given the current situation and the difficulty for Hong Kong to complete on its own legislation for safeguarding national security in the foreseeable future, the central authorities have the right and duty to introduce the national law to establish and improve at the state level the legal system and enforcement mechanisms to safeguard national security for Hong Kong, the spokesman said.

The legislative decision adopted by the National People's Congress is within its power and authority, the spokesman said.

The legislation only targets an extremely small minority of people involved in serious crimes endangering national security, including splitting the country, subverting state power, organizing and carrying out terrorist activities, as well as interfering in Hong Kong affairs by foreign and external forces, the spokesman said.

The legislation helps better protect the legitimate rights and freedoms of Hong Kong people, restore stability in Hong Kong, and safeguard the long-term prosperity and stability, the spokesman said, stressing that any allegation that the legislation will undermine Hong Kong people's freedoms and "one country, two systems" is no more than alarmist speculation and simply fallacious. 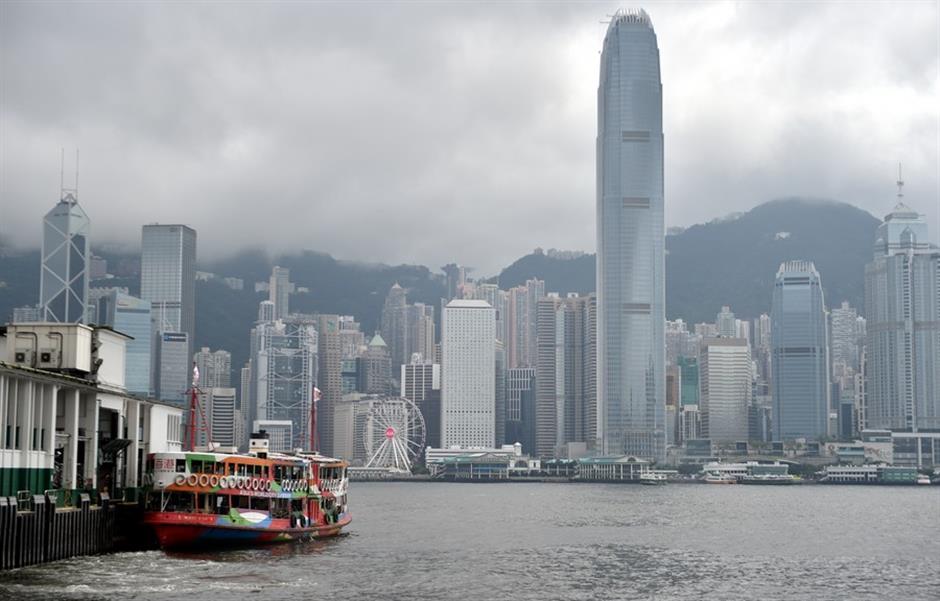 File photo of International Finance Center in Central Waterfront, a world-class business and leisure destination in Hong Kong on May 6, 2020.

The legislation will not change the executive, legislative and independent judicial power of Hong Kong, including that of final adjudication, the spokesman said, adding that there will be no impact on the various rights and freedoms enjoyed by Hong Kong people in accordance with the law.

The spokesman reiterated that the legislation will create favorable conditions for strengthening the foundation of the successful implementation of "one country, two systems."

The HKSAR government is committed to safeguarding the rule of law and judicial independence in Hong Kong, which has been affirmed by the relevant reports issued by various international institutions, the spokesman said.

The spokesman said the latest Rule of Law Index 2020 released by the World Justice Project showed Hong Kong maintains its ranking of the fifth place in East Asia and Pacific Region and of the 16th place globally, which has clearly affirmed Hong Kong's commitment.