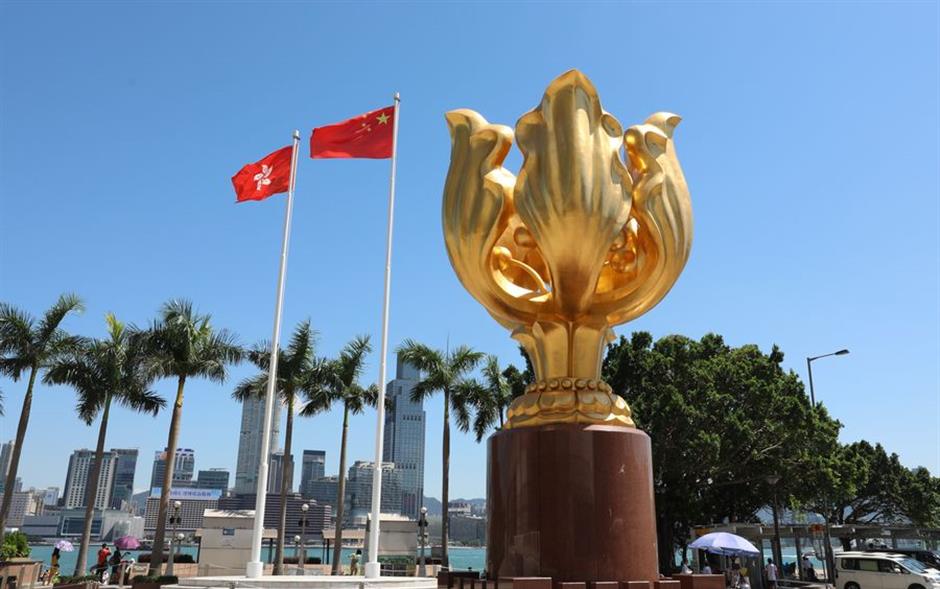 The Hong Kong Special Administrative Region government expressed on Friday strong opposition to the passage of the so-called "Hong Kong Autonomy Act" by the US Senate.

A government spokesman urged the US Congress to immediately stop interfering in HKSAR's internal matters and said the act and the so-called "sanctions" are totally unacceptable and will only harm the relations and common interests between Hong Kong and the United States.

The implementation of the "one country, two systems" principle in the HKSAR is entirely the internal affairs of China, and no other state or legislature has the right to intervene, directly or indirectly, in those internal affairs, the spokesman said.

Since the return to the motherland, Hong Kong has been exercising "the people of Hong Kong administering Hong Kong" and a high degree of autonomy in strict accordance with the Basic Law, the spokesman said, stressing that the "one country, two systems" principle has been fully and successfully implemented.

The HKSAR government will continue to implement the "one country, two systems" principle resolutely in accordance with the Basic Law, the spokesman said.

The spokesman stressed that many of the comments on HKSAR affairs in the act are seriously misleading and absolutely unfounded.

Regarding prosecution of people engaged in illegal protests, the spokesman reiterated that Hong Kong has a well-established and fair criminal judicial system.

Article 63 of the Basic Law provides that the Department of Justice of the HKSAR government controls criminal prosecutions, free from any interference, and the prosecutors have always been discharging this constitutional duty independently and professionally, without fear or favor, the spokesman said.

Prosecutorial decisions are based on an objective assessment of admissible and reliable evidence and applicable laws, made strictly in accordance with the Prosecution Code which is available to the public, the spokesman said, noting that cases will not be handled any differently owing to the political beliefs, demands or backgrounds of the persons involved.

As for the roles of the Hong Kong and Macao Affairs Office of the State Council and the Liaison Office of the Central People's Government in the HKSAR, the spokesman said they represent the central government to which the HKSAR comes directly under pertaining to Article 12 of the Basic Law.

These offices have the power and responsibility over the proper and full implementation of the Basic Law and "one country, two systems," the spokesman said, stressing that there is no intervention in the affairs that the HKSAR administers on its own in accordance with the Basic Law.

Any "sanctions" imposed under the act will not create an obligation for financial institutions under Hong Kong law, the spokesman said, urging the US side to act responsibly by refraining from taking measures that may potentially affect the normal operations of financial institutions and the vast number of customers they serve.