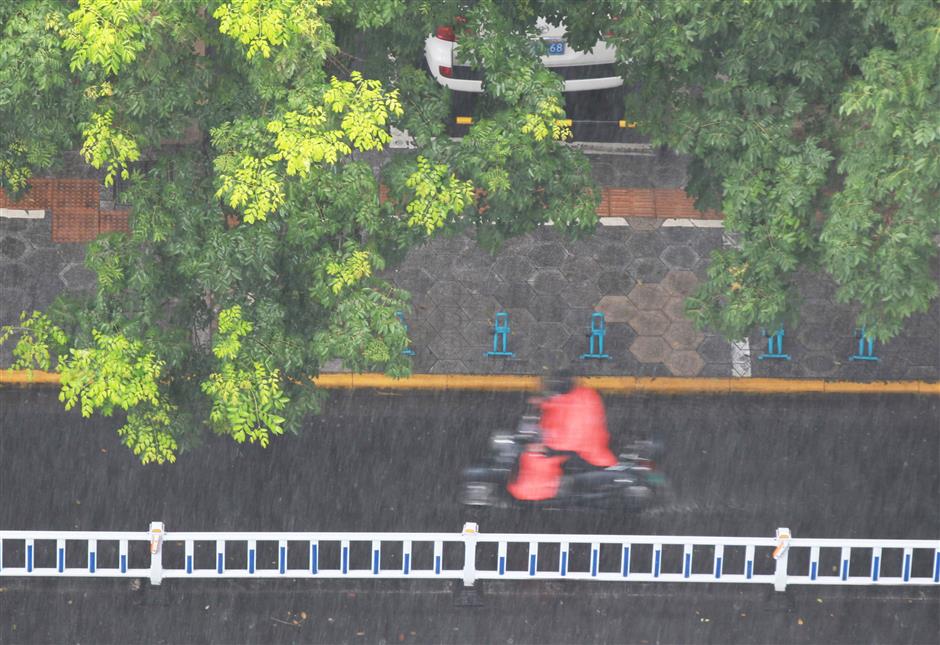 A man drives an electric bike in heavy rain in Changzhou, Jiangsu Province, on June 28, 2020.

China's national observatory on Sunday renewed a yellow alert for rainstorms across vast stretches of the country for the next 24 hours.

From Sunday morning to Monday morning, heavy rain and rainstorms are expected in the regions of Guizhou, Hunan, Hubei, Henan, Anhui, Jiangsu and Shanghai, the National Meteorological Center said.

Some of these regions will see up to 70 mm of hourly precipitation accompanied by thunderstorms and strong winds, the center said, warning that some areas of Anhui and Jiangsu will experience downpours with up to 200 mm of daily rainfall.

China has a four-tier color-coded weather warning system, with red representing the most severe, followed by orange, yellow and blue.

Since June, continuous downpours have lashed large parts of southern China and the waters of many rivers in the affected areas exceeded warning levels.

The Ministry of Water Resources has called for all-out efforts to prevent floods and has dispatched teams to affected areas to facilitate flood prevention and control.