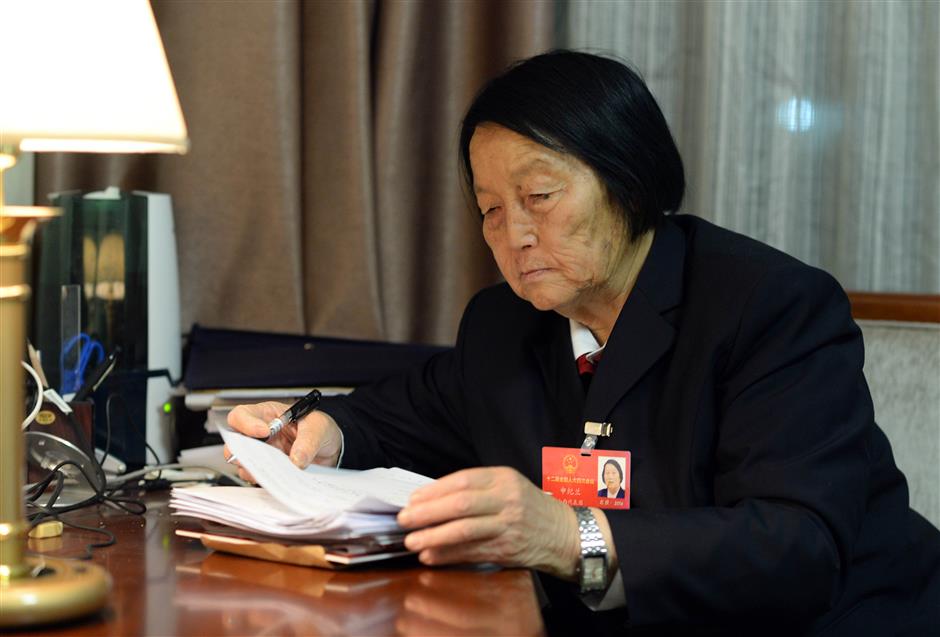 Shen Jilan during the fourth session of the 12th National People's Congress in Beijing on March 10, 2016.

Shen Jilan, China's longest-serving national lawmaker and recipient of the Medal of the Republic, passed away on Sunday morning in the city of Changzhi, north China's Shanxi Province, the provincial publicity department said.

Shen died of diseases. She was 91.

Born in 1929, Shen hailed from a remote village in the mountains of Taihang, a revolutionary base of the Communist Party of China in Shanxi. She served for all 13 terms of the National People's Congress, China's top legislature, since its establishment in 1954.

Shen actively safeguarded women's labor rights and advocated legitimizing "equal pay for equal work" between men and women, which was written into the first Constitution of the People's Republic of China (PRC) in 1954 as she had proposed.

She was awarded the Medal of the Republic, the highest state honor, last September ahead of the 70th founding anniversary of the PRC for her significant contributions to the country.