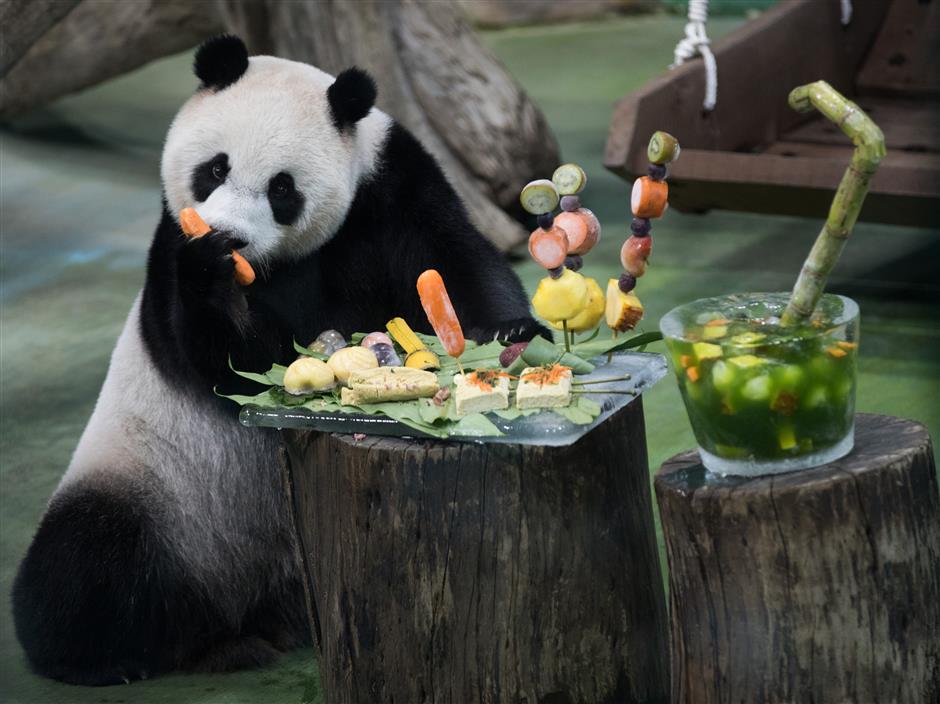 Giant panda Yuan Zai enjoys a birthday cake at the Taipei Zoo in Taiwan on Monday.

Cakes, a cheerful party and best wishes from loyal fans across the Taiwan Strait ­— the Taipei-born giant panda Yuan Zai celebrated her seventh birthday on Monday, a week after getting a little sister.

Her keepers at the Taipei Zoo offered special desserts to Yuan Zai, which took the shape of seven most popular snacks in Taiwan and were made out of carrots, fruits and steamed corn bread, all favorites of the panda.

The zoo invited around 100 panda fans to attend the “birthday party.” To join the bash, Kao Shih-cheng, a Taipei resident, managed to swap shifts with his colleagues and prepared a large birthday card a week ago.

Yuan Zai also received good wishes from the other side of the Strait. At an event held in Sichuan Province, mainland experts, who had helped deliver her, and local panda lovers extended their best regards via an online chat platform.

Yuan Zai is the offspring of Tuan Tuan and Yuan Yuan, sent to the Taipei Zoo from the Chinese mainland in 2008. Yuan Yuan gave birth to Yuan Zai in 2013.