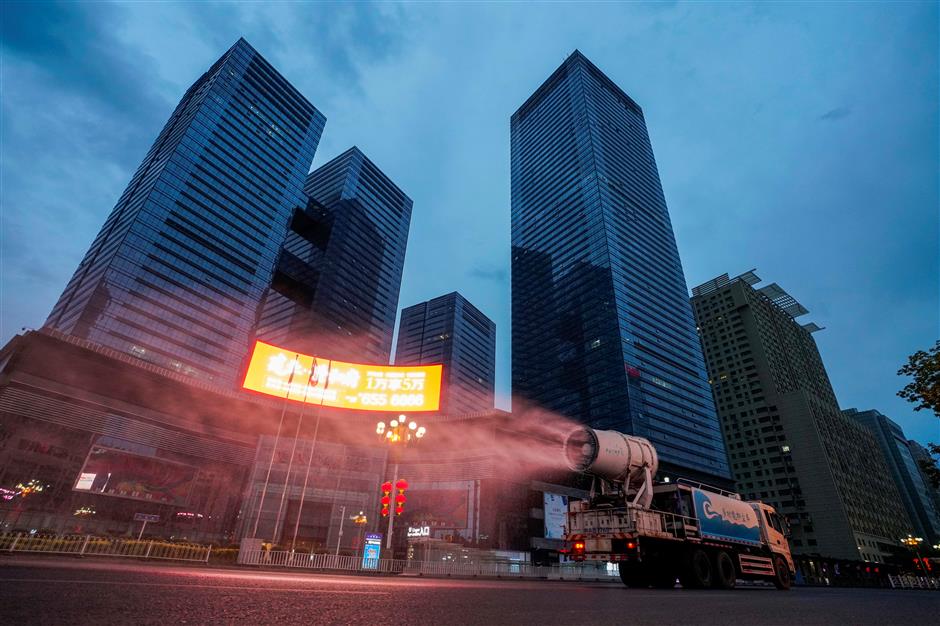 A truck sprays bleach on a street in Urumqi, Xinjiang Uyguy Autonomous Region, on July 20, 2020.

Of the five imported cases, two were reported in Shanghai, two in Guangdong Province and one in Yunnan Province, the National Health Commission said in its daily report.

All of the nine locally-transmitted cases were reported in Xinjiang Uygur Autonomous Region.

No deaths related to the disease or new suspected COVID-19 cases were reported Tuesday.

On Tuesday, 23 COVID-19 patients were discharged from hospitals after recovery.

As of Tuesday, the overall confirmed cases on the mainland had reached 83,707, including 233 patients who were still being treated, with six in severe conditions.

Altogether 78,840 people had been discharged after recovery, and 4,634 had died of the disease on the mainland, the commission said.

There was still one suspected COVID-19 case, it added.

The commission said 164 asymptomatic cases, including 84 from outside of the mainland, were still under medical observation.