US solely responsible for difficulties in bilateral ties: Chinese FM 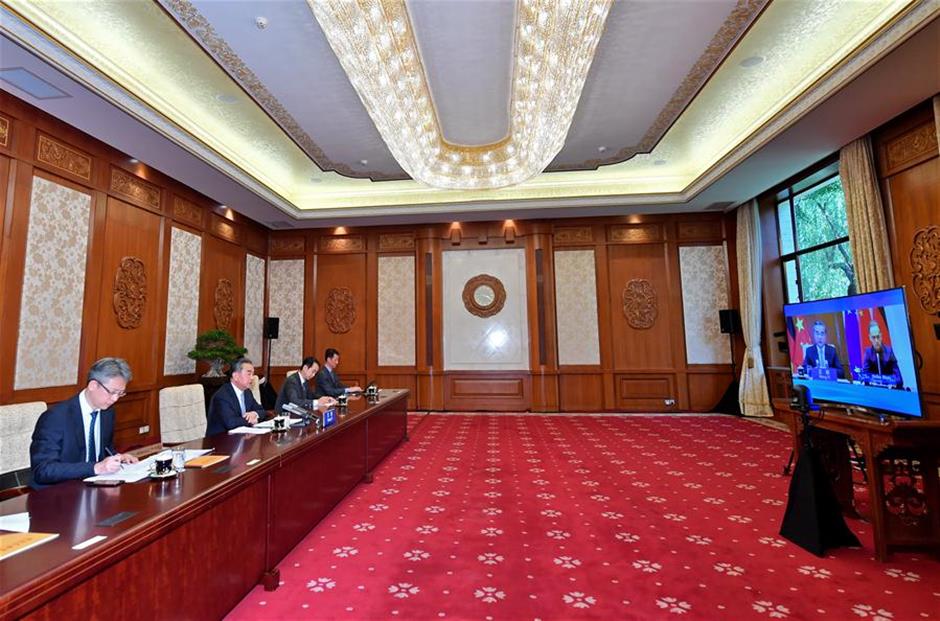 Wang made the remarks while holding talks with German Foreign Minister Heiko Maas via video link.

"In its attempt to interrupt China's development process completely, the U.S. is ready to do anything without the bottom line," Wang said, adding that recently some anti-China forces in the United States have deliberately fanned ideological confrontations, openly coerced other countries to pick sides and confront China for the selfish interests of the United States.

"No country with a conscience and independent spirit will stand with the United States in its attempt," Wang said.

Regarding China-Germany relations, Wang called on both countries to actively implement the political consensus reached by their leaders and ensure the healthy and stable development of bilateral ties, to provide more stability and positive energy for the world, he said.

China is looking forward to seeing greater progress in its relations with the European Union during Germany's rotating presidency of the EU, Wang said.

Maas said Germany is ready to strengthen cooperation with China in vaccine development and post-pandemic economic recovery and jointly plan for important high-level exchanges between EU and China for the next step.

During the talks, the two sides agreed to work toward a comprehensive, balanced, and high-level China-EU investment agreement at an early date.