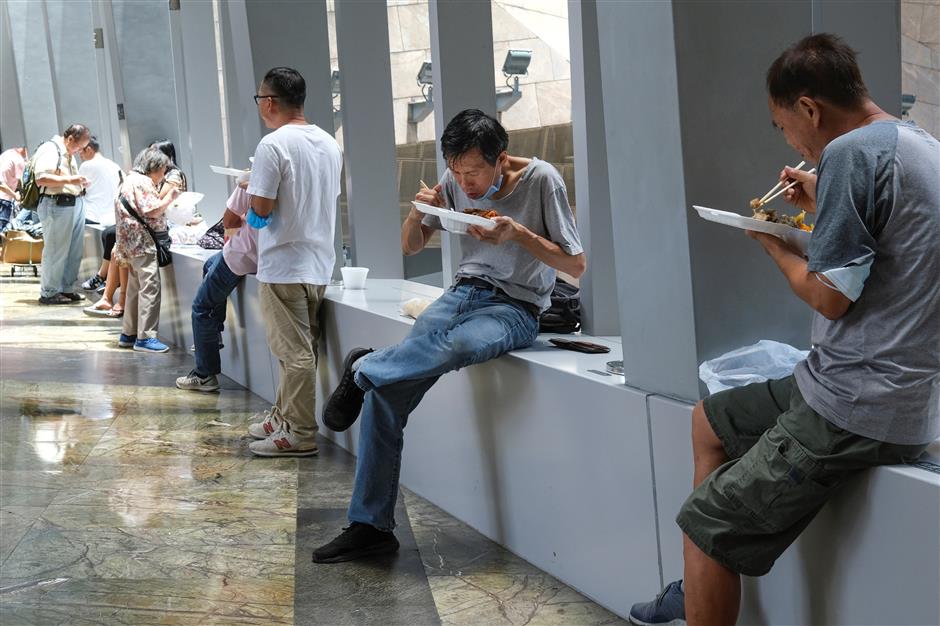 People have lunch at a mall after the government banned dine-in services in Hong Kong on Thursday.

All restaurants in the city of 7.5 million were ordered on Wednesday to only serve takeaways as part of a raft of ramped-up social distancing measures aimed at combating a fresh wave of virus cases.

But social media was quickly swamped by photos of primarily blue-collar workers forced to eat on pavements and parks — and even inside public toilets to escape a torrential downpour.

Restaurant groups also voiced dismay at the measures, which had been urged by epidemiologists to slow infections.

City authorities on Thursday published new guidelines saying restaurants could operate dine-in facilities — but only during the day, at half capacity, and with no more than two people to a table. In the evenings they must stick to only serving takeaway meals.

In a statement, the government said the suspension of dine-in meals had brought “inconvenience and difficulties.”

Hong Kong had been a poster child for tackling the virus, with local transmissions all but ended by early summer.

Zhong Nanshan, a renowned Chinese respiratory expert, has called for adopting stringent anti-virus measures in Hong Kong. Community transmission is already taking place in Hong Kong, but the expert said the city has not seen the exponential growth of new cases seen in some Western countries, thanks to government and social interventions.