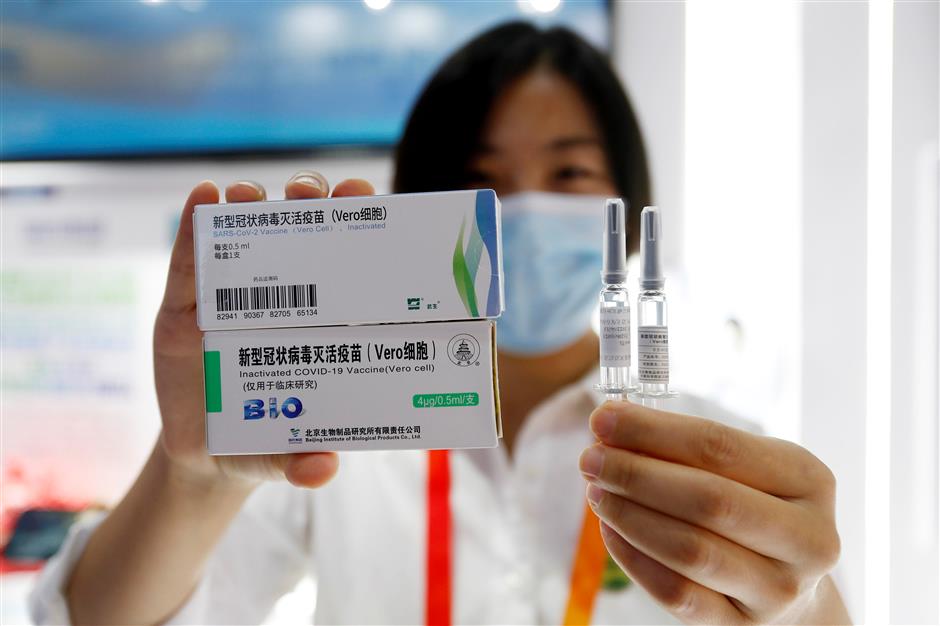 An inactivated COVID-19 vaccine developed by China National Biotec Group is shown at the ongoing China International Fair for Trade in Services in Beijing.

China National Biotec Group and Sinovac Biotech Ltd said on Saturday they have each found two more countries to run late-stage clinical tests of their coronavirus vaccine candidates, as the two companies showcased their vaccines at the China International Fair for Trade in Services in Beijing.

Serbia and Pakistan have agreed to participate in the Phase 3 trials of CNBG’s vaccine candidates while Sinovac has received approval from Turkey and Bangladesh. The two companies are seeking more data from overseas as new cases in China are dwindling.

Zhang said foreign countries have expressed interest in ordering a combined 500 million doses of its vaccines.