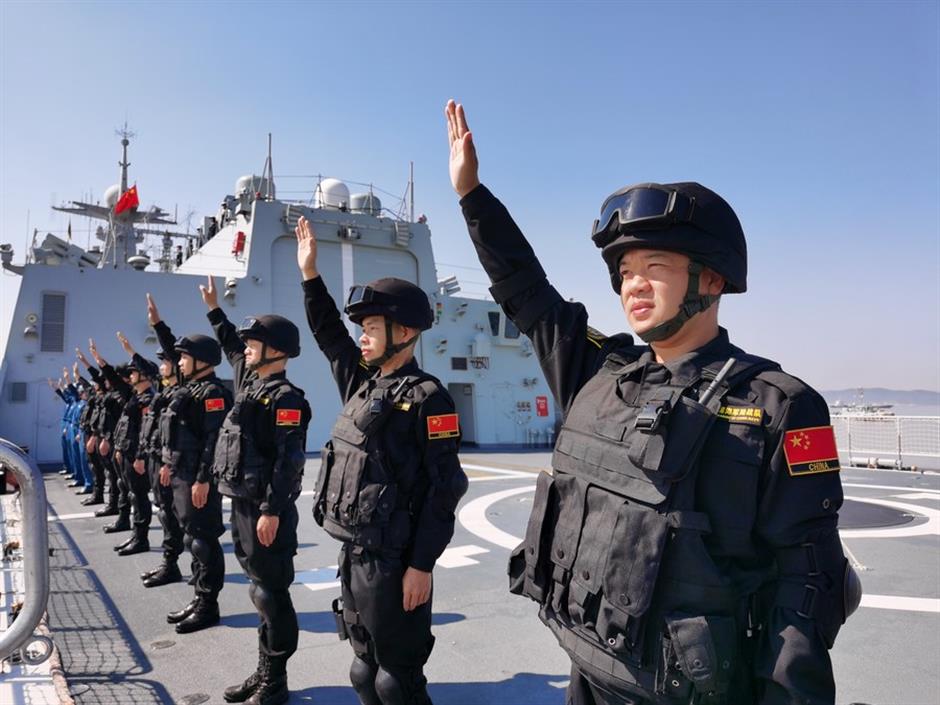 Special operation soldiers of the Chinese naval fleet for escort mission wave farewell on the deck at a port in Zhoushan, east China's Zhejiang Province on April 28, 2020.

A Chinese military spokesperson has slammed as unfounded a recent article by US Defense Secretary Mark Esper against the Chinese People's Liberation Army.

Published in late August, the article titled "The Pentagon Is Prepared for China" claimed that the PLA "is not a military that serves the nation," but belongs to and serves the Communist Party of China.

Voicing firm opposition to the article, Ren said facts have proved that any attempt to sever the close ties between the Chinese military and the people is doomed to fail.

China's Constitution has made it clear that the Chinese armed forces belong to the people. Led by the CPC, the PLA shares the purpose of the Party, which is to wholeheartedly serve the people, Ren said.

The armed forces have made huge sacrifices for national independence and the people's liberation, and made outstanding contributions to economic growth, disaster relief and safeguarding lives and property, he added.

Since its founding in 1949, the People's Republic of China has never started a war or occupied an inch of others' land. The development of China's military force contributes to the growth of world's peaceful forces, Ren said.

Calling the US attempt to play up regional tensions and sow discord between China and other countries in the region a pipe dream, Ren said the Chinese armed forces will continue to play their due role in building a world that enjoys lasting peace, universal security and common prosperity.