Celebrations for the third Hangzhou International Day will last through September 17, including exhibitions on promotion, cultural heritage and economic development, tourism activities and summits of the Belt and Road Initiative.

The annual event is designed to attract tourists, as well as to develop Hangzhou’s digital and cultural economies.

Due to the COVID-19, this year’s event is being hosted both online and offline.

“The International Day is meaningful in 2020. During the combat against COVID-19, Chinese and Italian governments cooperated, evidencing the importance of international cooperation and upholding multilateralism,” said Michele Cecchi, consul general of Italy in Shanghai. 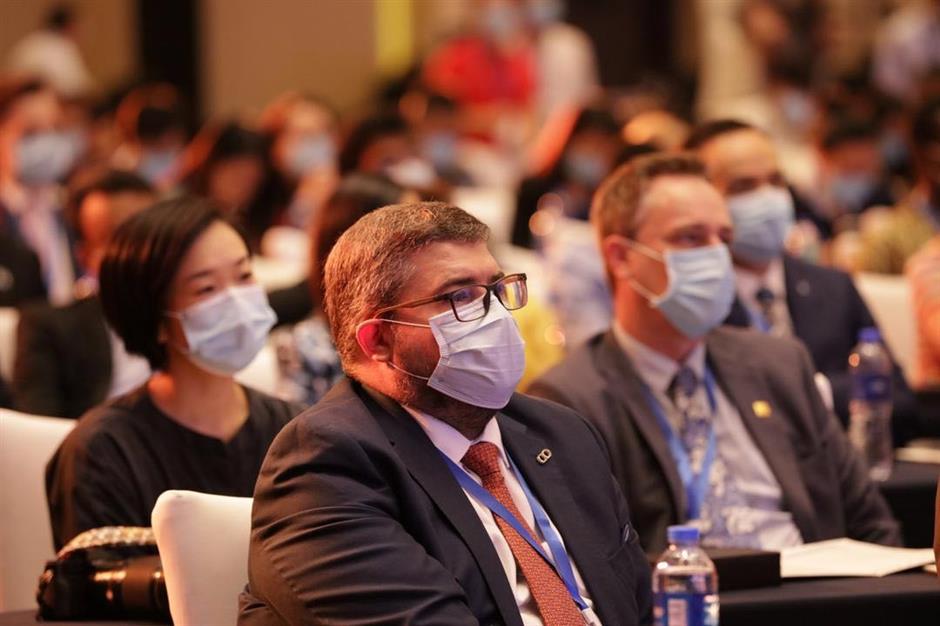 Participants listen attentively at the Digital Hangzhou Exhibition Cooperation Conference, which is one of the activities to celebrate the third Hangzhou International Day. Exhibitions, tourism promotion and summits are also held through September 17.

Hangzhou and Italy’s Verona are sister cities. In March and April, Hangzhou government donated tons of anti-pandemic supplies to Verona. 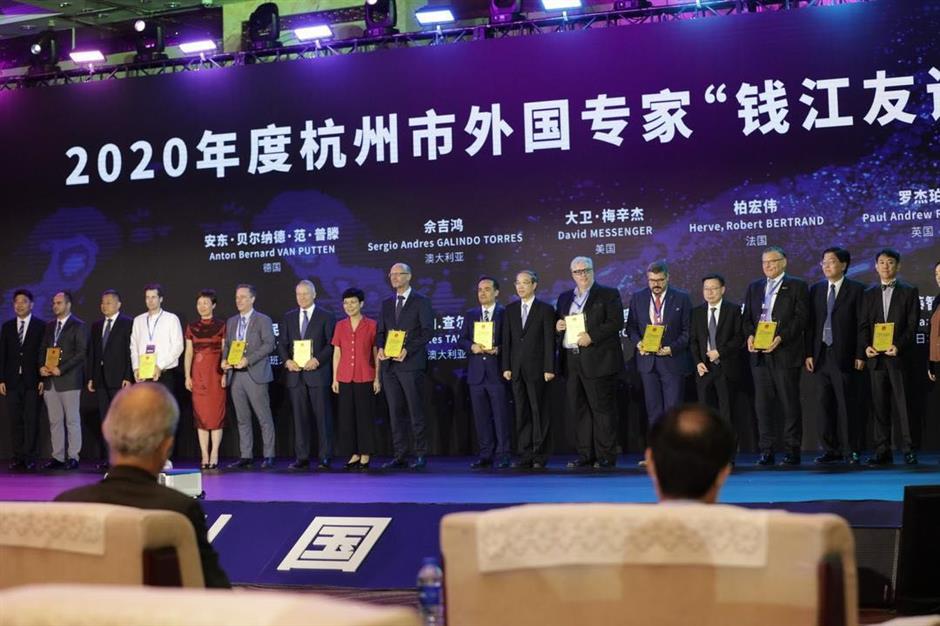 Ten expats receive the Qianjiang Friendship Award, which was set up by Hangzhou government to honor foreign experts’ contributions to bilateral cooperation and exchange.

The International Day logo was designed by noted artist Han Meilin. It consists of Qiantang River waves, the globe and digital symbols in the shape of a window, echoing with the event’s theme — opening the window to see the world, opening the heart to see the beauty.

“The Hangzhou International Day is a window for the world to get to know the city better, allowing friends from all over the world to gain a deeper understanding of the quality of life that the city provides,” said Zhou Jiangyong, Party secretary of Hangzhou.

Hangzhou has launched a series of measures to build itself into a digital economy hub and a leader in East-West exchanges.

“We hope to cooperate with cities around the world in the fields of trade, technology and ecology, sharing the digital benefits and inviting talent to start up business here,” Zhou added.

Zhang Yong, Alibaba’s executive chairman and CEO, delivered a speech on behalf of Hangzhou local enterprises at the opening ceremony on September 5.

“The speed of globalization is accelerating during the digital times. The world is definitely going to be more inclusive and open in the future. No matter how the international situation changes, the exchanges and cooperations among different countries will keep going on,” said Zhang. “Alibaba will continue to work with Hangzhou, making global trade more convenient and better.” 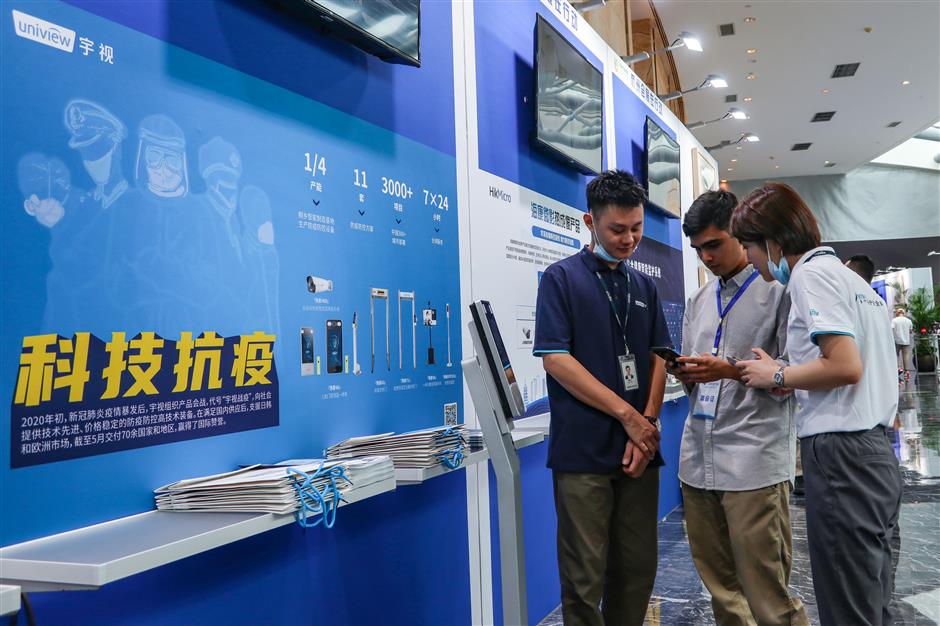 Two representatives introduce how Hangzhou adopts high technology to combat pandemic to a visitor during an exhibition as part of the International Day activities.

This event had been hosted in Beijing for 23 years. As a major platform for software companies showing new products and technologies, the expo will be held in Hangzhou for the first time.

The city ranks third nationwide in terms of information technology. In 2014, it was dubbed “China’s software city” by the Ministry of Industry and Information Technology, and information software has developed into one of the city’s pillar industries.

After the opening ceremony, foreign attendees were invited to visit the 1954 Constitution Exhibition Hall.

The site at the northern edge of West Lake was where Chairman Mao Zedong and a committee worked, and the exhibition hall was the first of its kind in China.

It was in Hangzhou that the first draft of the Constitution of the People’s Republic of China was written. Formulated over a period of 77 days in the city by Mao and the committee, the document was issued in 1954 and is often referred to as the West Lake Draft.

More than 3,000 historical documents and objects are on display, giving visitors a glimpse into the background and development of the constitution.