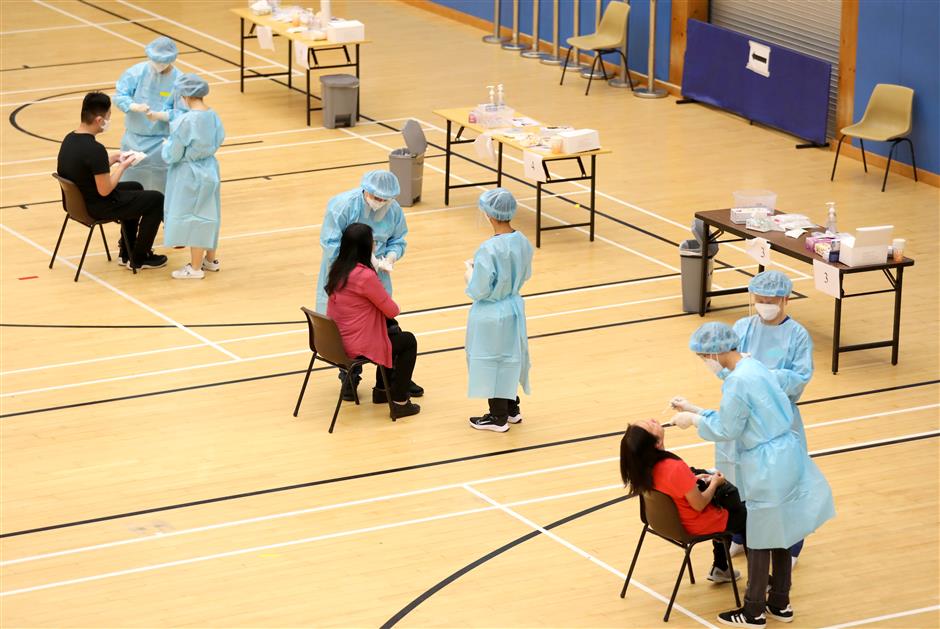 Hong Kong on Monday evening completed its mass COVID-19 screening program launched two weeks ago, with the participation of some 1.78 million residents in total.

Most of the specimens collected under the Universal Community Testing Program, nearly 1.72 million, had been tested by 8pm on Monday, the Hong Kong Special Administrative Region government said in a statement.

The program was aimed at identifying asymptomatic patients and cutting invisible transmission chains as Hong Kong faced the third round of epidemic outbreak starting early July. As Hong Kong lagged behind in testing capacity, the central government acted swiftly to offer enormous support in medical resources and experts.

A spokesman of the HKSAR government said on Monday the successful and smooth operation of the program hinged on the full support of the central government, with a nucleic acid test support team established to enhance the testing capacity of Hong Kong in a short period of time.

"More than 570 members of the support team have completed their mission by working zealously days and nights at the temporary air-inflated laboratories," the spokesman said.

Qiu Hong, deputy head of the Liaison Office of the Central People's Government in the HKSAR, said the central government and the mainland are the strongest backing of Hong Kong and called for joint efforts of the society to win the anti-epidemic fight and push Hong Kong back on track at an early date.

"Although the epidemic situation in Hong Kong has subsided, there are still asymptomatic COVID-19 patients in the community," the HKSAR government spokesman said, vowing to extend and conduct repeated testing for targeted and vulnerable groups.

Hong Kong reported 14 new cases of COVID-19 on Monday, bringing the tally of confirmed cases to 4,971.