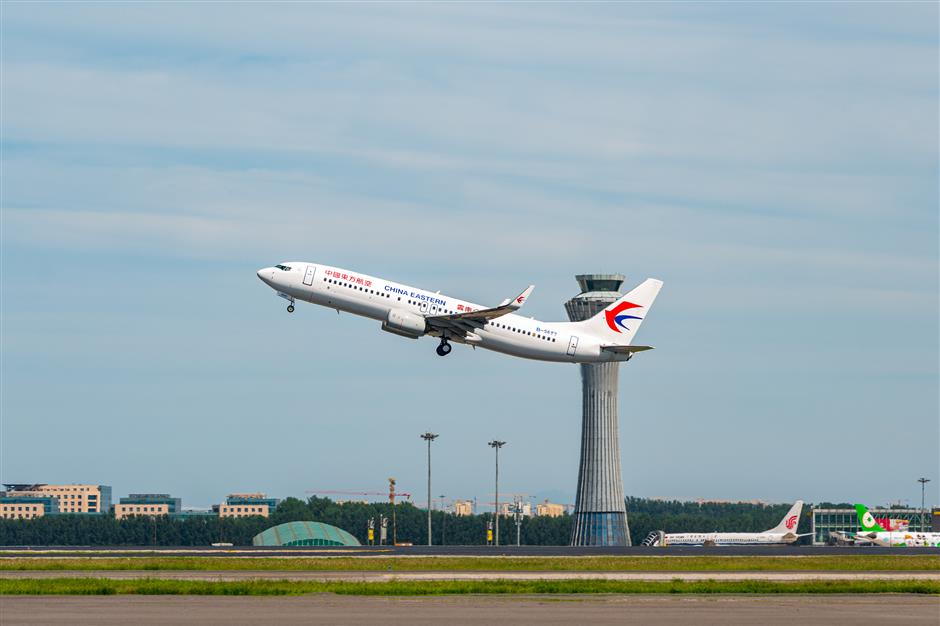 A China Eastern flight takes off from the Beijing Capital International Airport on August 25, 2020.

China's civil aviation industry continued to see a gradual recovery in August as key indicators reported visible improvements from a month ago, data from the country's aviation regulator showed on Tuesday.

Airlines flew a total of 45.5 million passengers last month, down 25.6 percent year on year. The decline narrowed 8.5 percentage points from July, according to information released at a press briefing by the Civil Aviation Administration of China.