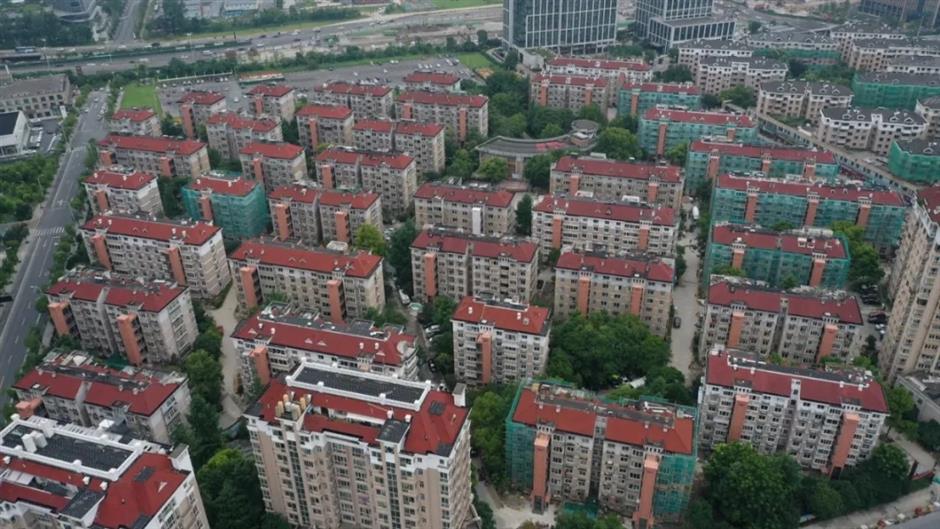 New elevators will be installed in old residential communities in a bid to benefit residents in Binjiang District, especially the elderly ones.

Binjiang District has launched a project to install elevators in a number of old buildings.

Binjiang officially began the project in 2019, and so far, about 182 units have completed elevator installation, 344 units are under construction, and 486 units have signed contracts.

Last month, all units in the Binfen community, 65 in total, finished elevator construction, becoming the first community in Binjiang to finish the project.

“Three years ago I suffered a stroke and could not move. My families had to carry me up and down every day. It was so inconvenient that I became unwilling to go outside anymore,” said a 72-year-old resident surnamed Zhou living in the Binfen Residential Community.

When Zhou heard of the project last year, she submitted an application to participate. She even helped officials persuade neighbors to agree to the construction.

“I have totally recovered this year. The elevator makes my life better,” Zhou added.

The elevators provide a boost, especially, to the elderly residents who struggle to get up and down the stairs on a daily basis without assistance.

Binjiang government offers subsidies to residents and is cooperating with several elevator manufacturing companies to set up lifts in these buildings.

“Expenditure of each elevator varies from 500,000 (US$73,800) to 600,000 yuan according to different construction plans. District government subsidizes the majority, while residents living in the same building pay just 70,000 to 80,000 yuan in a total,” said Yang Weixing, director of the Xingmin Community committee, in the Xixing Subdistrict.

Most of the old apartments have six or seven floors, and every household on the third floor and above will pay a proportionate installment fee. Residents will also share yearly maintenance fees. 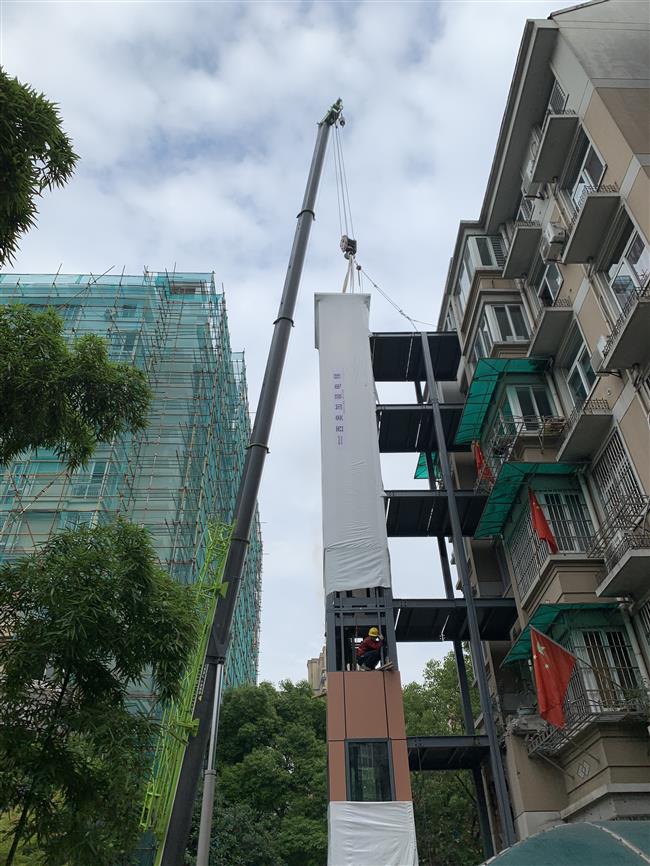 Workers are busy installing the new elevators for Binfen Residential Community in Hangzhou.

Every unit entrusts a third-party organization to design a construction and maintenance plan. The plans are then submitted to a governmental department which will review them on aspects of safety and feasibility. If approved, a lift company begins construction on the site.

According to the requirements of district government, a residential community can install elevators if two thirds of residents agree. However, to make the construction process smoother, Yang got agreement from every resident.

“To satisfy all residents, we had to adjust the construction plans time and time again,” said Yang. “Adding an elevator is not a simple thing. It involves a relationship and interests among neighbors.”

Yang’s community has more than 3,105 residents, and about one fifth are seniors above 70. Some of them are stuck at home because there is no lift in their building.

“We are so lucky. Most neighbors are so considerate, especially the young people. Therefore, our lift construction is at the forefront in Hangzhou,” said Yang.

In a bid to standardize the construction of elevators in old communities, Binjiang government issued an official regulation last month that covers all aspects of installation.It was the first regulation of its kind in Hangzhou. Local authorities have drafted it on the basis of national standards and specifications.